What would the founder of the Gray Panthers think about us?

I admire my friend Ken Dychtwald for a lot of things — his insights, his far-sightedness, his 17th book. But I covet just one — his friendship with one of my heroes.

Maggie Kuhn, who founded the Gray Panthers in 1970, was one of Ken’s mentors. She dedicated the Panthers to “age and youth in action,” lived her ideals in an intergenerational home, and fought ageism and inequity at every turn. When Kuhn died in 1995, she requested this epitaph: “Here lies Maggie Kuhn under the only stone she left unturned.” 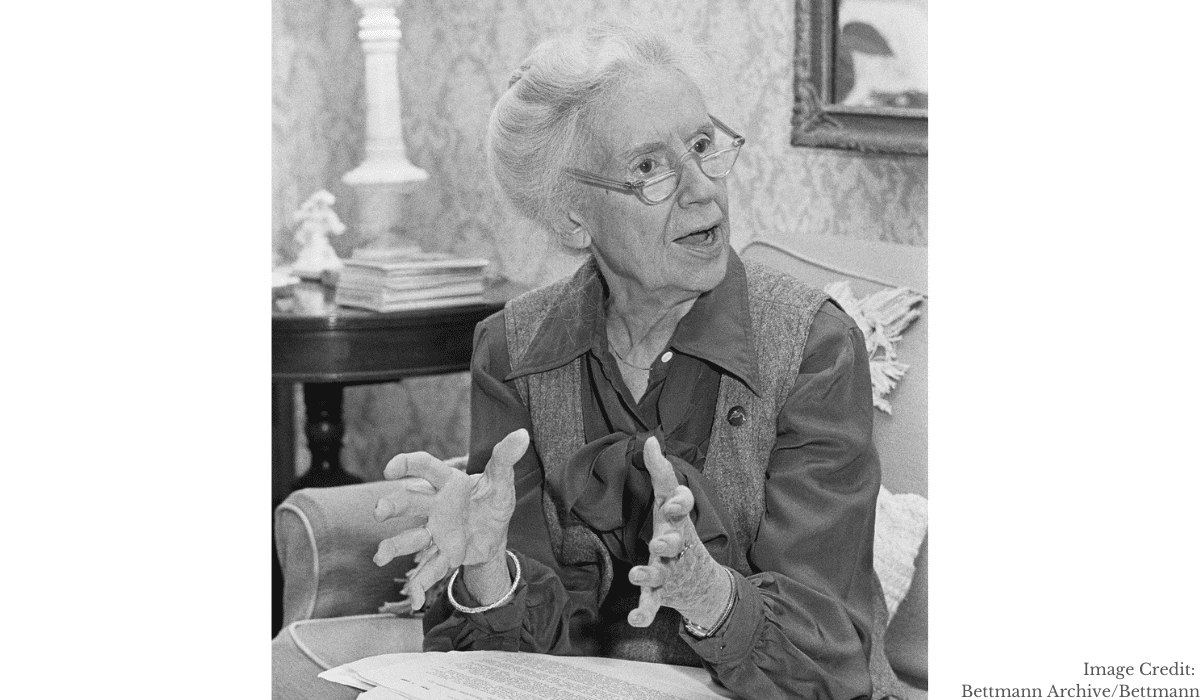 Although we lived just a mile from one another in northwest Philadelphia, I never met Kuhn. So when Ken and I get together, I always ask him to tell me more about her. Recently, he recounted meeting Maggie when he was in his 20s and she was in her 70s.

She was tiny. She must have weighed 95 pounds. But she was great…She would sometimes show up for a presentation with sparkles glued to her face where her wrinkles were, because she wanted people to see those wrinkles.”…[At a talk before 2,000 people,] she proclaimed, “We need to make love and revolution until rigor mortis sets in!”

She was a character, to be sure, but she was laser-focused on creating a better world.

There are a billion people right now around the world over the age of 60, and this world has not tasked them with anything…I thought, in my 70th year, I was going to calm down more. Instead, I’ve just gotten more incensed, and I feel more Maggie in me than ever. What have older men come together to do to improve the world lately?…

What I’m saying is that if we don’t step up, if we don’t do the right thing, not only for ourselves and our own kids and our own neighborhood, but for the kids of tomorrow, that will be our legacy, not that we had cool music, not that we wrote books, but that we left the world worse off than when we came into it.

Maggie Kuhn couldn’t have put it more eloquently herself.