How the loss of field offices weakens cross-generational understanding

I miss traditional campaign offices. The cramped storefronts teeming with young staffers and older volunteers are out of step with a presidential election defined by rising case numbers and generational strife. In 2020, we’re losing one of the few places people from different generations naturally gather in pursuit of a common cause. 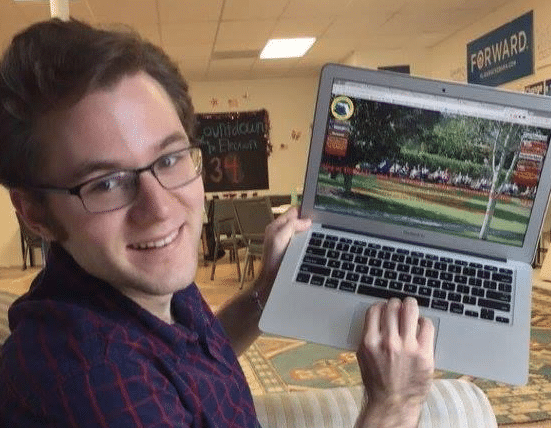 In 2016, I was a field organizer on the Hillary Clinton campaign. I was 22, fresh out of college, and had moved from Bushwick, Brooklyn to Largo, Florida to help drive the campaign to the finish line. It was an idealistic and confident move but, truth be told, I was scared — thousands of miles from home, living in a new culture, and thrown in the deep end from day one.

The two other organizers in my office were in pretty much the same situation. Everyone I knew who had a paying job working in a campaign field office was under 30, and only a few of them were from Florida. Seven days a week, from early morning to late into the night, we worked in a small campaign office with a leaky roof, mobilizing hundreds of volunteers.

As an introvert, I found it especially difficult to make hundreds of calls a day, greet people at the door, field questions, train volunteers, and even knock on doors myself. I was on edge, agitated and impatient, treating people like tools I needed to get the job done, instead of human beings offering their time for a cause we shared.

The very first thing the Clinton campaign taught me, before I was even on the payroll, was the “hard ask,” a negotiating technique designed to pressure people to commit. Instead of “Do you have time this weekend to volunteer?” we were encouraged to ask “Can I count on you to knock on doors this Saturday at 1?” When someone responded negatively, we kept asking, pushing for different times or different ways they could help. If people declined, we would call them again and again, thwarting Caller ID by swapping phones and varying the times we called.

The technique helped bring people in the door — but not always to keep them there. A volunteer I nailed down after several calls came into the office already upset. “Well, you finally got me,” he said when we met, adding that he felt pressured into coming. I wasn’t in the mood to supply an explanation or comfort.

Within five minutes, I sent him to the dollar store with a folding chair, a stack of voter registration forms, and instructions to ask anyone walking by if they were registered to vote. When I called him the next day to ask him to come back, he told me never to call again.

Barbara Otto didn’t require a hard ask. The first time I called her, she told me how excited she was to hear from me, that she had been waiting to get a call from the campaign. She was passionate about our cause and had years of experience as a campaign volunteer, having worked for candidates for attorney general, governor and president.

Barbara, now 63, could have been my most productive volunteer outside the office, but she saw a greater need inside the office. Me.

Anyone could see that I was out of my depth, but Barbara saw that underneath my harried and flippant ways was one overwhelming emotion — fear. Retired when I met her, Barbara had managed a family medical practice in Michigan, an internal medical practice in Tampa, and an orthopedist’s office in Clearwater. She had seen fear before.

Quietly, Barbara took me under her wing. She told me that she’d seen some people deal with anxiety and big life changes by lashing out, and some who responded calmly. Calmly won every time.

“In orthopedics and in my own experience,” she said, “your life changes in a split second, and you can either deal with it peacefully or with anger.” Anger might be the release you need, she said, but “it doesn’t solve anything. You have to come from empathy.”

Barbara also schooled me on the value of listening. For the first time in my life, I began really listening to people outside my generation. Instead of talking about their next shift, I asked about their family or their dog. I even made the time to just sit around with a 70-year-old and relax in the middle of a 16-hour day.

As older campaign volunteers opened up to me about their stories — and their own anxieties and fears — they began to change from volunteers to mentors to friends.

It’s no coincidence that younger and older people come together on campaigns — it’s our complementary skills that make a campaign work. And it’s that potent mix of intergenerational energy that helps drive campaigns to victory.

With campaigns pushing their organizing efforts online, I’m worried these intergenerational connections will fall by the wayside. But I’m hopeful there are still bridges to be built across virtual divides.