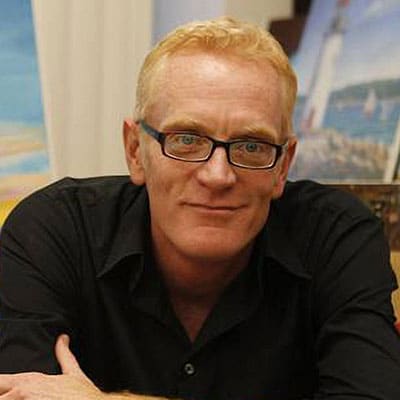 “The provision of life-enhancing programs inside affordable housing created for all ages is an opportunity that could change every community in America.”

Tim Carpenter founded EngAGE in 1999. Since then, the organization has grown to be one of the best-practices models in the country for the delivery of programs in affordable housing.

Tim served as the host/producer of the EXPERIENCE TALKS radio show for 16 years. In 2020, the show, which shines a light on the value of experience in society and highlights stories of people who bridge generations and create positive outlooks on aging, was re-created as a ZoomCast.

Tim catalyzed the creation of the Burbank Senior Artists Colony, a first-of-its-kind senior apartment community with high-end arts amenities and programs, which has now become an all-ages flagship model of creative living for elders, families and children. Over the past several years, Tim has been invited to speak about the model across the U.S. and internationally in Canada, Scotland, Ireland, Amsterdam, New Zealand, Singapore and Hong Kong.

In 2008, Tim was named an Ashoka Fellow for his work as a social entrepreneur, and in 2011 he received the James Irvine Foundation Leadership Award. He was awarded the Stanton Fellowship for 2016-17 by the Durfee Foundation and named one of Next Avenue’s 2016 Influencers in Aging. He was appointed this year to California Governor Gavin Newsom’s task force on Alzheimer’s to create statewide solutions in the aging arena.