This public park was designed to be a multigenerational hub for inclusion. It’s working. 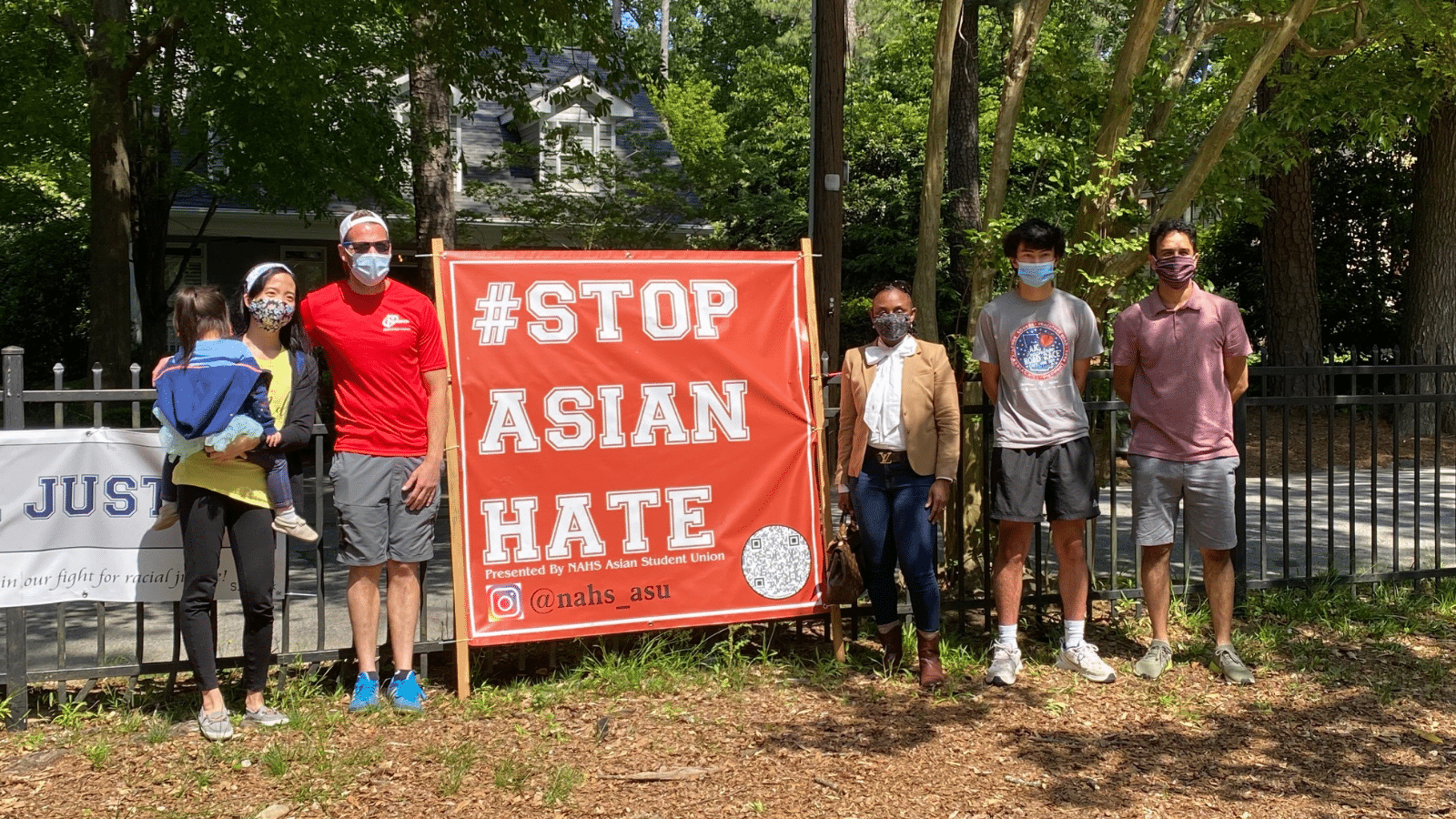 For teenager Sam Nelson, who lives in Atlanta and is half-Korean, the Asian spa-targeted shootings in the city this past March were a tragedy that left him simultaneously heartbroken and spurred to action.

“It was so hard to come to terms with, especially for the Asian community,” says the rising senior at North Atlanta High School and founder and president of the school’s Asian Student Union.

Launching on Mother’s Day weekend and over the course of a week, students from eight public schools in North Atlanta, representing the most diverse cluster of schools in the city,  and led by the North Atlanta High School Asian Student Union, came together for a unique moment of solidarity and memorialization at the Sara J. González Memorial Park.

This intergenerational effort, ideated by Nelson and his peers and with guidance from parent volunteers from the North Atlanta Parents for Public Schools (NAPPS), debuted with a moment of silence and invited participants to walk eight laps at any point over the week — one in honor of each victim of the tragedy — around the city-block sized urban green space, which neighbors the schools and is located within 10 miles of two of the spas where the shootings took place.

Signs around the park provided a QR code linking to an audio file with the correct pronunciation of each of the victims’ names. Over the course of the week, students, parents, neighbors and community leaders convened and took a pledge against Asian hate, which was also provided via the QR code. “The event was an opportunity to collectively pay respect to the victims while giving a platform to a group of people who are committed to real change in our part of town,” says Nelson.

The Sara J. González Memorial Park — the first park in the State of Georgia to be named for a Latinx individual and is dedicated to themes of inclusion, equity and diversity — has hosted previous solidarity-driven gatherings and vigils including a student-led Black Lives Matter rally in the summer of 2020 and supported by NAPPS.

“After George Floyd, parents recognized the need for students to have a public way to grieve together despite Covid, and show their commitment to social justice,” says Elizabeth Wickland, the Advocacy Chair for NAPPS. “Teens have so much passion, providing them organizational assistance by developing a platform for an event at the park was just the spark they needed.”

The Black Lives Matter rally featured a gathering of several hundred youth and included poetry readings, a moment of silence, a student song, and pledge written by the students calling for justice, allyship and engagement.

The event in May was different by design and consensus, with sensitivity to issues surfaced by AAPI community leaders and parents, many preferring to keep conversations and reflections on the tragedy an intimate matter.

“With the help of the AAPI community and with the student leadership, what developed was a public event with a private component while still expressing support for the #StopAsianHate movement and condemning the shootings,” says Wickland.

The intergenerational aspect extended to the actual event too, Wickland adds. “It was powerful to see parents and educators along with students walking around the park eight times in memory of each victim and saying their names, while young children played on the playground surrounded by this form of activism.”

The multi-day endeavor captured the students’ desire for a social justice experience and achieved it through a culturally sensitive lens. “It was important to me to attend this event in support of our Asian community as well as our youth,” says Atlanta City Council President Felicia Moore. “Even after the recent atrocities, the gathering confirmed the city’s spirit of humanity continues to burn brightly.”

As for the park’s ongoing role as a multigenerational hub for inclusion, these events speak clearly to the nondiscriminatory design intrinsic to the ideal of public green spaces.

“Parks aren’t for this or that group, they are for everyone,” says Michael Halicki, executive director of Park Pride, a nonprofit that works to advance green space development and enrichment in Atlanta and supports efforts at the Sara J. González Memorial Park.

“The Sara J. González Memorial Park has elevated the importance of our public spaces as important spaces to demonstrate our First Amendment right to free speech and to stand up to acts of violence, injustice and bigotry.”

Isabel González Whitaker is a senior fellow at Encore.org and the founder of the Sara J. González Memorial Park, which honors her mother.