These AmeriCorps members at SBP are bridging the generational divide

There is no formal, widely available intergenerational service corps in the United States, but there are organizations that bring older and younger generations together to serve.

SBP, a national disaster relief organization that engages AmeriCorps members in rebuilding homes, is one. In the past few years, SBP has had 49 members over the age of 50 — working alongside younger members, solving problems together and bridging divides.

Here are three stories — two from boomers and one from a millennial — about the benefits of working in multigenerational teams at SBP.

Sherilyn Larkin, boomer, is turning her sadness into gratitude 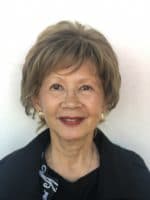 I always tell people to volunteer. When you think your life is really bad, volunteer. Because then you’ll realize what really matters. When you see people who have lost everything and maintain their dignity and rebuild their lives. After my husband passed, I was in a real funk and that’s what I did. It helped me turn my sadness into gratitude.

We were living in Israel at the time, and I was teaching English to Palestinian children in the West Bank and Gaza. I knew I needed to make a change in my life. Then I saw the devastation of Hurricane Irma and Hurricane Maria on the news.

It was at that moment that I made the decision to relocate to Puerto Rico and rented an apartment, sight unseen, in Viejo San Juan. I didn’t have a job, but it was my hope that I would find a company that was helping the people of Puerto rebuild their lives. The whole thing felt very personal to me, since my grandparents had relocated to Hawaii from Puerto Rico in 1899 due to two hurricanes that had hit Puerto Rico.

I saw an ad from SBP and AmeriCorps, looking for people who could help rebuild homes for people who had seen theirs destroyed. I sent in my resume and started working there shortly after. It was the best decision I’ve ever made.

Initially, at SBP, I was hired as a volunteer coordinator, overseeing groups of volunteers from church organizations and schools — both high school and college students from all over the U.S. — and fundraising. Then I became a construction coordinator, using my degree in accounting to help SBP formalize their accounting practices in Puerto Rico. I’ve enjoyed it immensely and plan to sign up for a fourth term.

We have a multigenerational team and I see that as an asset. I’m 66 years old, and I’m learning all about social media from people in their 20s and 30s who are technology experts. I’m never treated differently or excluded from anything because of my age. It’s very inclusive. And we’re constantly learning each other’s positions so we can all experience something different and support each other.

I’ve been working remotely since March, but I get updates and see pictures of our volunteers and project leads working at the sites, showing the progress being made and the quality of work being done. Rebuilding homes is very satisfying, no matter what role you play. 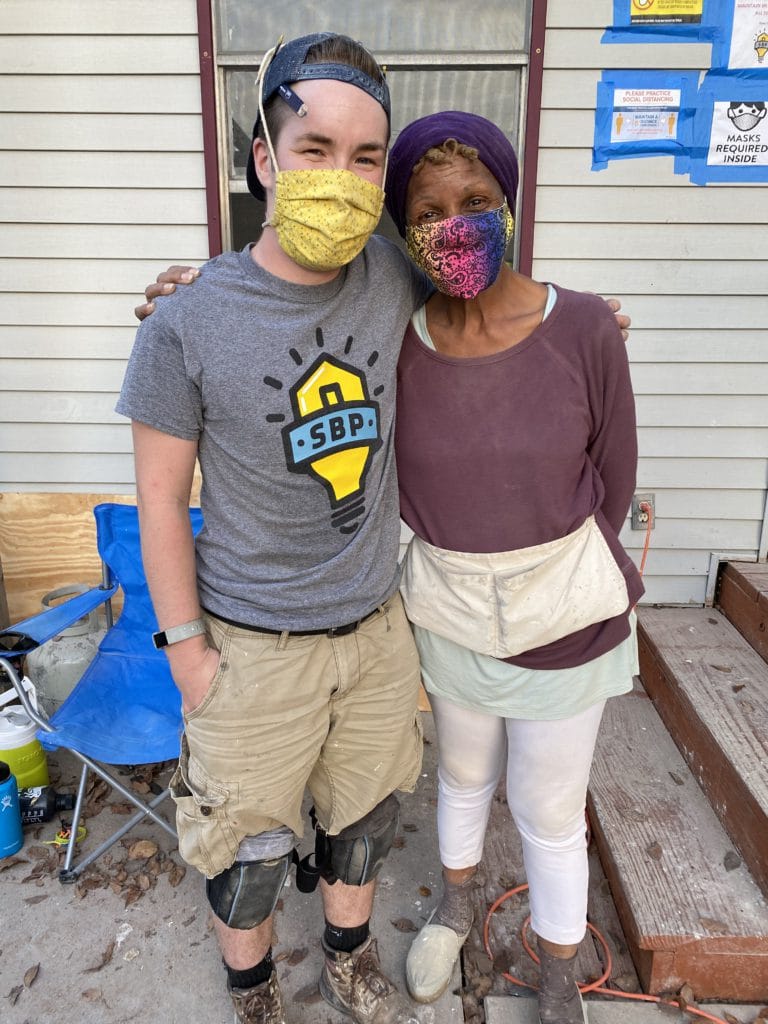 I just turned 24 and graduated with a degree in civil engineering last year from the University of Iowa. I was looking for an opportunity where I could use what I learned but in more of a service-oriented way. I found SBP through AmeriCorps, and I liked the idea of rebuilding homes after natural disasters and learning the construction trade.

I started as a project lead in the Houston area this past January. I’m on-site every day, overseeing a team of volunteers that are doing the physical labor to rebuild homes. Right now, because of Covid-19, we have fewer volunteers so I’m often working alongside them.

I’ve worked with Miss Laurie [who is in her 70s] on two of the three houses I’ve managed. She’s phenomenal and I think everyone at SBP Houston loves her. I don’t know if there’s any way to not. She’s one of the most positive people on-site. If you’re working with Miss Laurie, you know you’re going to have a good time. She just brings awesome energy.

Working with her has been an interesting opportunity to break down some of my pre-existing stereotypes about older people. I’m trans, and I felt nervous about telling Miss Laurie that I use they/them as pronouns. Binary pronouns tend to be easier for older people, so I just went with he/him and didn’t make a point of it.

But there was this one day on-site, when I was getting comfortable and talking with some people about some of the changes I was seeing after being on testosterone. She overheard me and was like, “Okay, there it is! I knew you’d eventually be comfortable enough to tell me.”

She’d never met a trans person before, but she was so sweet about it. It was really nice to know that I didn’t have to hold my breath anymore. That I could just be myself. 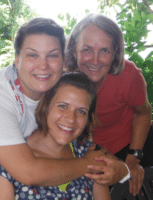 I love working on a multigenerational team. I’m in my 60s, we have someone middle-aged and then the others are in their 20s. We’re with each other 24/7 for six weeks, working to rebuild homes destroyed by hurricanes.

We’ve all been so open and what we’ve shared together just bonded us, like, unbelievably. I would do anything for them, just like they would do anything for me. We’re like a well-oiled machine. You know, everybody has their gifts and skills, and we recognize that and support each other. There’s nothing like it.

Nine years ago, before I retired from teaching and joined SBP as an AmeriCorps member, I served in the Peace Corps — teacher training and co-teaching English in Palau, a cluster of islands near the Philippines.

I’m still in touch with many of the young people I met during that time. When you’re doing that kind of service, where there is such a deep commitment, it creates a very specific kind of bond. They’re all over the world now, so we keep in touch by phone or online. We like staying up to date on each other’s lives.