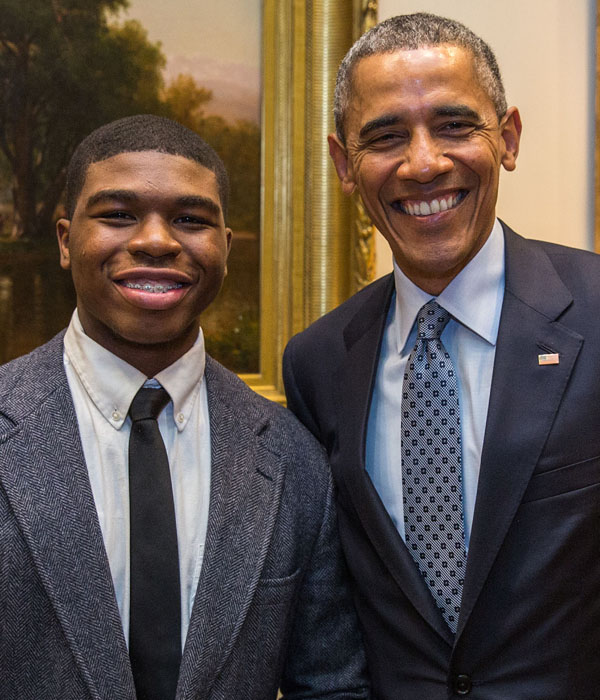 18-year-old Noah McQueen was struggling in school, been arrested multiple times and had spent time in juvenile detention. But in 2015, he became a mentee at The White House and met President Obama.

It was part of a program called My Brother’s Keeper, an Obama administration initiative to address the persistent job opportunity and education gaps faced by boys and young men of color.

In our latest featured audio from the StoryCorps archive, Noah spoke with President Barack Obama about his life and the importance of male mentors.