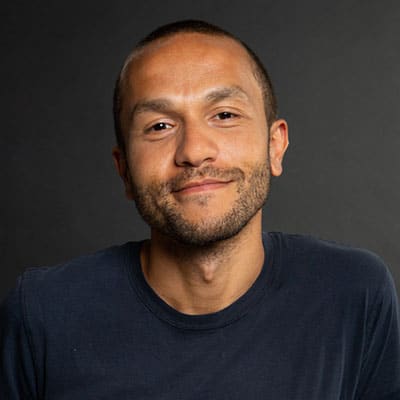 “As my mom was struggling after being fired, I didn’t have the financial means to support her. What I could do was tell her story and set the stage for an intergenerational dialogue around aging, care and legislation that allows our elders — and ourselves — to continue living with integrity.”

Sian-Pierre Regis is producing and directing his debut feature documentary, Duty Free, the story of his mother, Rebecca, who was fired from her job as a hotel housekeeper at age 75. To raise her spirits, Sian-Pierre takes her on a bucket-list journey to do all of the things she was never able to do while she was working. But he quickly uncovers the betrayals plaguing her past and the economic insecurity shaping not only her future, but also that of millions in her generation.

Previously, Sian-Pierre founded Swagger.NYC, an online cultural magazine for millennials with over 1.5 million Facebook fans, and contributed to outlets including CNN, CNNi, HLN, CBSN and MTV.

An award-winning journalist, on-camera personality, and cultural critic with infectious energy and an undying love for both pop-culture and social responsibility, he has appeared on nearly every major network and held on-camera interviews with celebrities like Ryan Seacrest, Jennifer Lopez, Pharrell Williams, Taylor Swift, Khloe Kardashian, and more. He’s also interviewed key politicians and political figures in the race to the 2008 White House. In 2012, SP co-hosted the Coca-Cola Red Carpet at the 2012 American Music Awards.

During his career, he also created YOU(th) VOTE!, BET’s multi-platform voting initiative in 2008, acted as on-camera talent for MTV.com’s ACT website, and has contributed to prestigious outlets including Wired, Men’s Journal, Boston Magazine, Ebony and UrbanDaddy. In 2018, Sian-Pierre received an honorary doctorate from Colgate University. He is both a Firelight Documentary Lab Fellow and a Film Independent Documentary Lab Fellow.