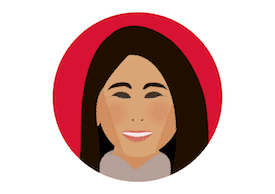 “I believe that ageism is one of the biggest threats to improving quality of life for people in America today. I would like to find ways to change the messaging about aging and reframe the conversation about how we make the last act of life as productive, meaningful, and fulfilling as possible.”

Dr. Inouye is an internationally recognized leader in aging and geriatric medicine dedicated to serving vulnerable and underserved populations. She is Professor of Medicine at Harvard Medical School, Milton and Shirley F. Levy Family Chair, and Director of the Aging Brain Center at Hebrew SeniorLife. Through her innovative work, she developed a proven method for reducing delirium in hospitalized older persons, the Hospital Elder Life Program (HELP), now implemented in hundreds of hospitals worldwide. She also created the Confusion Assessment Method (CAM), the most widely used approach to diagnose delirium. Her work has revolutionized the way we provide healthcare for older adults.

A renowned scientist, Dr. Inouye has been continuously funded by the National Institutes of Health since 1989, with more than 80 grants, including over $20 million in active grants. She has published more than 300 articles (H-index =91), and was named by Thomson Reuters ScienceWatch (2014) as one of the World’s Most Influential Scientific Minds of the decade.

She has received the Leonard Tow Humanism in Medicine Award from the Arnold P. Gold Foundation (2005), Henderson Award from the American Geriatrics Society (2013), M. Powell Lawton Award from the Gerontological Society of America (2015). She was elected to the National Academy of Medicine (NAM) in 2011.

Dr. Inouye served as a Health and Aging Policy Fellow and American Political Science Association Congressional Fellow (2016-17). She has individually mentored over 100 trainees in clinical research. Her clinical practice focuses on geriatric and homeless populations.