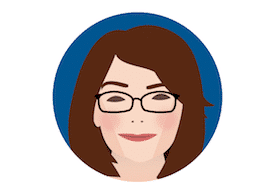 “We need to eliminate workplace stereotypes that are making it difficult for older workers to find and keep meaningful, in-demand, and well-paying jobs. Through my writing, I want to help bust the myth that older workers are afraid of technology and can’t contribute amazing things to a workforce.”

Ramona Schindelheim overseas the editorial content for WorkingNation, a nonprofit media company focused on the future of work. She writes regularly about the urgent need to train or reskill all workers for jobs being changed, or created, by rapidly-evolving technology, now and in the future. Schindelheim examines all aspects of workforce disruption, including the impact of new tech on mid-career and older workers. She has moderated panels at major conferences and has been interviewed by broadcast and print news outlets about the subjects. Additionally, she is the host and executive producer of Work in Progress, a WorkingNation podcast.

Schindelheim is a veteran journalist who has worked for CNBC, ABC News, The Wall Street Journal and various other news outlets. As an executive producer with CNBC, she guided three daily business news shows and oversaw special projects. At ABC News, Ramona led business coverage of such major events as 9/11, the Enron scandal, and the housing-market collapse. At the Wall Street Journal, she was executive producer for the newspaper’s first digital documentaries, which included her interviews with financial leaders and policymakers.