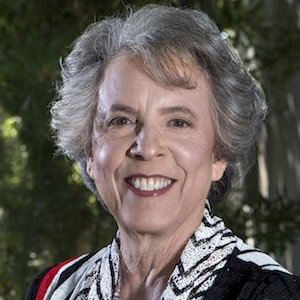 Rabbi Laura Geller, Emerita Rabbi of Temple Emanuel of Beverly Hills, was the first woman to be selected through a national search to lead a major metropolitan synagogue as Senior Rabbi. She was twice named one of Newsweek’s 50 Most Influential Rabbis in America and was featured in the PBS documentary “Jewish Americans.” Author of numerous articles in books and journals, she was on the editorial board of The Torah: A Women’s Commentary. She is a Fellow of the Corporation of Brown University from where she graduated in 1971. Ordained by Hebrew Union College in 1976, she is the third woman in the Reform Movement to become a rabbi. She is a member of the Board of the Jewish Women’s Archive, a Rabbinic Fellow of the Hartman Institute in Jerusalem, a mentor in the Clergy Leadership Incubator, and she was a facilitator in the Formation Project of On Being. She was named an Influencer in Aging by Next Avenue in 2017, and is a founder of the first synagogue based village, ChaiVillageLA, (chaivillagela.org) which is part of the national Village Movement. She is co-author, with her late husband Richard Siegel, of The Jewish Catalog (1973), and of Getting Good at Getting Older (Behrman House, 2019.)