Older ‘Democracy Coaches’ Stand With a New Generation of Leaders 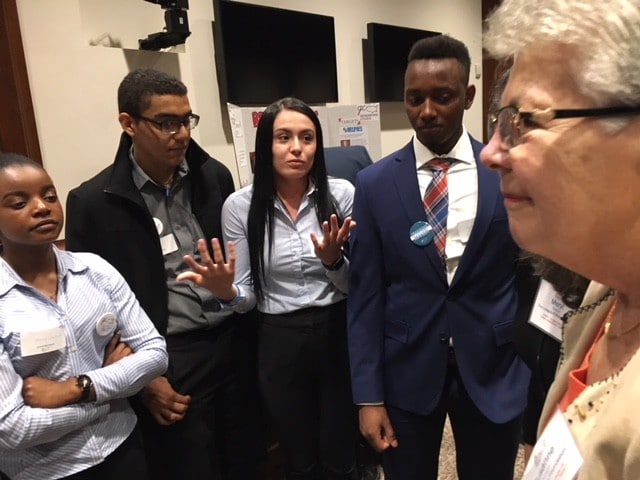 I got charged up chanting these words alongside people of all ages a few months ago at the March For Our Lives. Throughout my life I have marched for social change — including the hope for a future free from the fear of gun violence. But this time, I had another motivation. I wanted to support the young people who rallied the nation after the school shooting at Marjory Stoneman Douglas High School.

After decades of marching, I know it isn’t enough to chant and hope. Being part of the 1963 March On Washington taught me that change requires much more than that. Recent events give me hope that young leaders are doing much more than chanting.

Across the country, young people are working to solve community problems. At Civics Days in six states this spring, middle and high school students came together to present their plans and report on their progress. Generation Citizen, a national nonprofit that prepares young people to participate in our democracy, organizes these events so students can present their work to citizen-judges from the community.

As a volunteer judge in Boston, I met a team of Lowell High School students working to stop gun violence. I could see that they were building the skills to think critically, problem solve collaboratively, and take action effectively. They examined the root causes of gun violence, discovered what they could do to make a difference, and then joined forces with the local police chief and sheriff to create a local gun buyback event.

“We are trying to reduce the number of unwanted household guns and prevent tragedies like domestic homicides, suicides, and accidental deaths when kids find loaded, unlocked guns in their home,” Emil Mora, one of the 26 students organizing the event, told a reporter from the Lowell Sun.

Safiya Al Samarrai, a high school junior who left her native Iraq when she was 11, got the empowerment message. “I am only a student,’ she said, “but if I see an issue that needs fixing, I can work on it. Indeed it is my responsibility to help fix it.”

At a time when many teens — especially recent immigrants — fear the police, the Lowell students worked with them and with the faith community to find a place where people would feel safe trading their guns for gift cards to buy groceries. On June 2, people turned in 19 guns, taking handguns, shotguns and rifles out of homes and off the streets.

Other Boston-area Civics Day teams reported on their efforts to make change on a wide variety of issues. Freshmen at City on the Hill in Roxbury, for example, decided that their school needed a physical education program and made a strong case based on the health benefits it would bring. They were supported by “Encore Democracy Coaches” — volunteers in Boston and the San Francisco Bay Area who helped pilot Generation Citizen’s first group of coaches over 50, stepping up to support the next generation of citizens.

Joyce Durst, retired after working at Verizon for many decades, helped “her students” develop their Civics Day presentation. She told me she only wished she had known that they needed poster materials and help with transportation; she would have asked her church to help and borrowed its van.

This IS what democracy looks like — older and younger people working together, across differences of race, income and age to solve community problems. I’m jazzed!

One final bit of really encouraging news: The young leaders behind March For Our Lives recently announced that they are “piling on a bus and making stops across America to get young people educated, registered and motivated to vote.”

You can do the same. Check out the March For Our Lives Road Trip and learn more about Generation Citizen. If you’d like to be a judge at a Civics Day event this December, click on the city of interest and fill out the form or write to [email protected]

Phyllis Segal is the director of partnerships for Encore.org’s Gen2Gen campaign to mobilize 1 million adults 50+ to stand up for — and with — young people today.