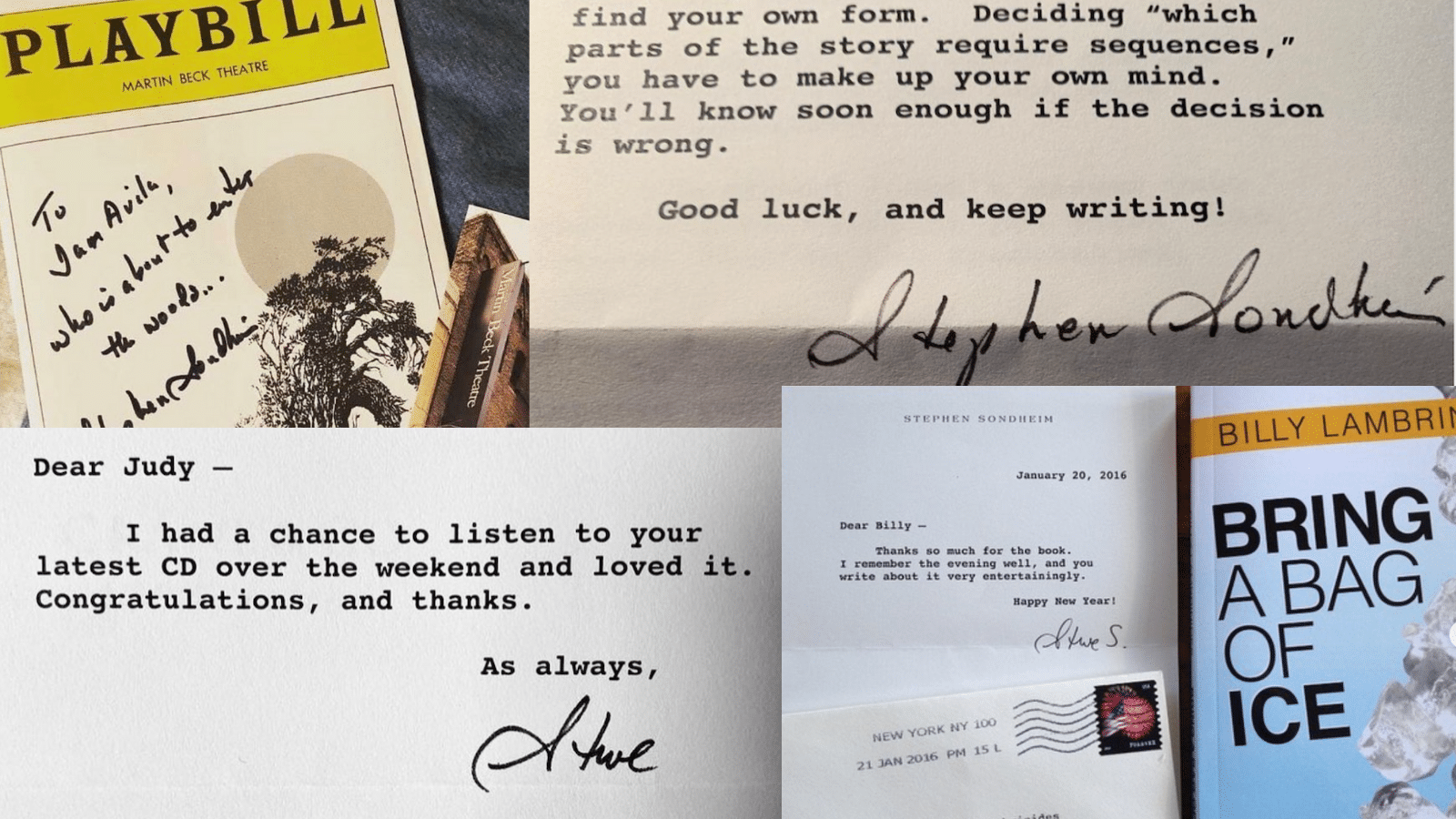 A collage of screenshots from @sondheimletters.

The stories are coming out of the woodwork. He sent a short note on his letterhead, he signed the Playbill, he came to a local production, he offered to talk on the phone. Some who have these memories are famous – Lynn Nottage, Lin Manuel Miranda, Jonathan Larson — but there are hundreds of accounts like this from people whose names we’ll never know.

Like the genetic siblings who learn they were fathered by the same anonymous sperm donor, these people share a bond. They were mentored by Stephen Sondheim.

In the week since his death, Sondheim’s generosity has been a through line in much of the media coverage, with articles like this. While building one of the most storied careers of all time, Sondheim had a sideline mentoring young people with an interest in the theatre. And he didn’t just dabble. This Instagram account, opened within days of his death, includes more than 100 letters Sondheim sent to people whose lives were changed by receiving them. (I recommend that you allocate a few hours before heading in this direction!)

Sondheim’s mentoring was no secret in theatre circles, but I first learned about it in the Netflix musical, “Tick, Tick. . . Boom,” which aired two weeks before Sondheim’s death. The movie tells the story of the way-too-short life of another musical genius, Jonathan Larson, who died at 35 on the opening day of “Rent,” the show that cemented his reputation. Sondheim was an early champion of Larson’s work, and in the Netflix production, the writer leaves a supportive message on Larson’s answering machine at just the moment he needed it. In a delightful and understated cameo, Sondheim scripted and lent his voice to that scene.

These stories really touch me. As someone with no kids of my own, I try to mentor and to aunt as often as I can. I’m especially drawn to those in whom I see something of my younger self, often a better version of myself. And I’m constantly looking for role models who form relationships with young people beyond family.

Sondheim reportedly said he regretted not having kids. I, too, have regrets on that front, but perhaps not having kids of my own creates space for nurturing in ways only a non-parent can. Perhaps it allows me to “choose” my children — some for life, others for a season. And perhaps it creates space to touch hundreds or thousands of lives in ways large and small.