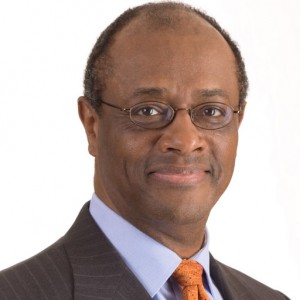 Over the course of his career, Lester Strong has held many executive leadership roles in the nonprofit and educational sectors. Now in his encore, Lester divides his time between two projects — designing and leading a mindfulness course called: Meditations on Love, Fear, Purpose and Death at Union Theological Seminary as well as launching a community dialogue between young people and police officers in Kingston, NY called: The Peaceful Guardians Project.

At the AARP Foundation, Lester served as Principal Gifts Officer and CEO of AARP Experience Corps, which tutors and mentors elementary school children who struggle with reading by utilizing the skills and experiences of adults 55-plus. AARP Experience Corps (originally operated by Encore.org) serves more than 35,000 students in 23 cities across the United States through a program recognized as the one of the most effective in-school interventions in the country.

A longtime proponent and practitioner of meditation, Lester was also CEO of the SYDA Foundation, an organization that provides instruction in yoga and meditation in 46 countries. Strong spent 25 years in the television industry as an executive, producer, reporter and anchor in Charlotte (WBTV), Atlanta (WSB), New York (ABC Entertainment) and Boston (WHDH). His work earned him a host of national and regional awards, including five regional Emmy Awards and a White House commendation from President Ronald Reagan.

Lester is married to Pat Courtney Strong with a blended family of five children.

We use cookies to personalize and enhance your experience on our site. By clicking Accept, you agree to our use of cookies for the purposes listed in our <a href="https://encore.org/privacy-policy/">Privacy Policy</a>.
Manage options Manage third parties Manage vendors Read more about these purposes
View preferences
{title} {title} {title}