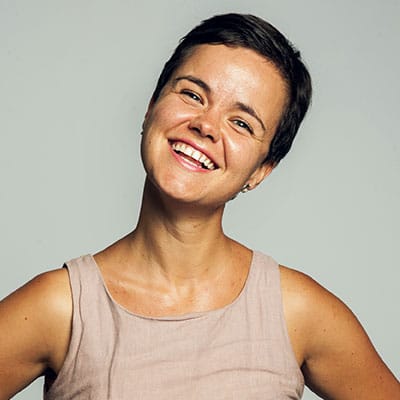 Piloting a new intergenerational approach to grief and loss

“The gravity of this moment and the hurt befalling older populations that we can’t help but witness, is driving a longing in young people to engage differently across generations.”

Out of a belief that nothing is done in isolation and that self-help only works in community, Lennon Flowers is hell-bent on creating spaces where humans can be human. She’s the co-founder & executive director of The Dinner Party, a community of more than 10,000 mostly 20-, 30-, and early 40-somethings working to transform our most isolating experiences into sources of meaningful connection and forward movement. The Dinner Party helps grieving peers find, connect and build lasting relationships with one another.

Lennon is a co-founder of The People’s Supper, which uses shared meals to build trust and connection among people of different identities and perspectives. Its work is born of the popular adage that change moves at the speed of trust, and a simple question: What needs healing here? Since 2017, The People’s Supper has brought more than 10,000 people together for suppers in more than 100 cities and towns across the country, in partnership with dozens of local government & civic groups, faith-based organizations and communities, colleges & universities, and workplaces.

She is an Ashoka Fellow, and her work has been featured on OnBeing with Krista Tippett, NPR’s Morning Edition, CNN, CBS This Morning, the New York Times, the Washington Post, and dozens of other publications.

Lennon splits her time between Creede, Colorado and Los Angeles, where she lives in a six-bedroom group house with her husband, dog, and some of her best friends. Backpacking, North Carolina barbecue, and a good dance party rank high on her list of favorite things.