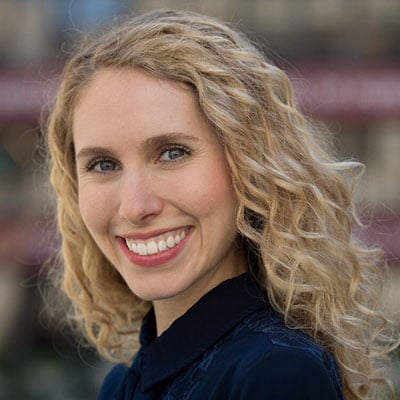 “The pandemic has cast a spotlight on isolation and loneliness for people of all ages. It’s not just social scientists like me worrying about their health effects — it’s every person who’s had to shelter in place.”

Kasley Killam, MPH, is an award-winning innovator and expert in social health: the dimension of well-being that comes from connection and community. As the founder of Social Health Labs, Kasley partners with cross-sector organizations on local, state, and national initiatives to address the loneliness epidemic. Previously, she led a national community engagement strategy and partnerships for Verily Life Sciences, conducted research on mental health at Queen’s University and positive psychology at the University of Pennsylvania, and developed an award-winning campaign to promote empathy and kindness through technology. Kasley earned degrees in social sciences at the Harvard School of Public Health and Queen’s University in Canada and holds certificates from the Stanford School of Business and Columbia University. In addition to being a board member for two nonprofits and a member of the Massachusetts Taskforce to End Loneliness & Build Community, Kasley has served as a judge, mentor, and subject matter expert for numerous healthcare innovation competitions. Her ideas and words have been featured in the New York Times, Washington Post, Scientific American, Psychology Today, and other outlets. She is a sought-after international speaker for organizations, conferences, and media such as Google, Stanford, and NBC. For her dedication and impact, Kasley has been recognized as a World Economic Forum Global Shaper, Encore Public Voices Fellow, and Mind & Life Institute Visiting Scholar, and she was invited to the White House during the Obama presidency.
BACK
Manage Cookie Consent
We use cookies to personalize and enhance your experience on our site. By clicking Accept, you agree to our use of cookies for the purposes listed in our <a href="https://encore.org/privacy-policy/">Privacy Policy</a>.
Manage options Manage services Manage vendors Read more about these purposes
View preferences
{title} {title} {title}
Share This