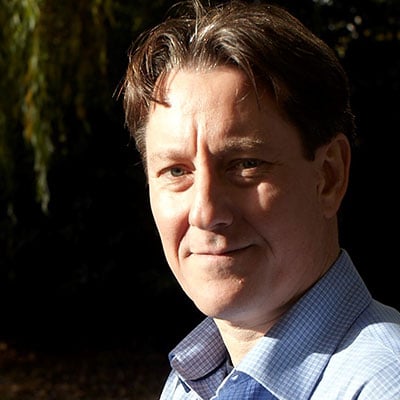 “The global population is aging, the nature of work is rapidly changing and inequality is widening. We need powerful innovations — co-designed with people of all ages and backgrounds — to positively impact these challenges.”

Jonathan Collie is the co-founder of The Age of No Retirement CIC, a social enterprise he started in 2014 to shatter ageist stereotypes and reshape thinking around the value of “older, but not yet old.”

In 2016, Jonathan and his team conducted a nationwide (UK) survey of 2000 people aged 18 to 99, which proved that adults of all ages have much more in common than the generational stereotypes would have us believe. This led Jonathan to explore how “older” and “younger” can not only coexist, but thrive in an ageless and mutually-supportive environment. From this intergenerational thinking, Jonathan created The Common Room service model in 2018 – helping people of all ages discover their purpose and make real progress toward life goals and self-fulfilment. The Common Room v2.0 is currently in development and is due for launch this year.

Jonathan is a medical doctor by background. He practiced in the National Health Service before moving into health-system IT via an MBA at the University of Edinburgh. He entered the service design and social impact sectors largely by accident in 2011, through winning a national design competition to help people in retirement find part-time, flexible, paid work.

Jonathan was born in London and grew up in South Africa. He has resided in London since 2000. He is married to Robinne (herself a social entrepreneur), has a daughter, Ruby, and a son, Tyler. Jonathan’s a fan of cricket, rugby and cycling. His true passion, though, is the opportunity to make positive and lasting systemic change.