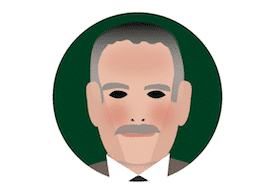 “Our society does not inherently value the talent, abilities, insights and contributions of people who are aging. I feel a deep responsibility to change our culture toward acceptance and inclusion through education and our presence, since aging—and acquiring disabilities—is a natural consequence of life.”

John D. Kemp is President & CEO of The Viscardi Center and chairs Viscardi’s Project Accessible Oral Health, a global public-private partnership in pursuit of improved overall health and access for the disability community. A renowned global speaker and a person with a disability, he inspires others to achieve the impossible through knowledge, experience, vision and persistence.

In 1995, Kemp co-founded the American Association of People with Disabilities with Paul G. Hearne. In 2001, he became a partner in the Washington, D.C. law firm of Powers, Pyles, Sutter & Verville, P.C. He co-authored Reflections From A Different Journey in 2004 with Dr. Stanley Klein, and the “Career and Workforce Development in the Arts for Youth with Disabilities” chapter of Handbook of Arts Education and Special Education Policy, Research, and Practices in 2018.

In 2006, Kemp received the Henry B. Betts Award, widely regarded as America’s highest honor for disability leadership and service. In 2014, he received the Dole Leadership Prize and joined a prestigious group of international recipients including Nelson Mandela and two former U.S. Presidents.