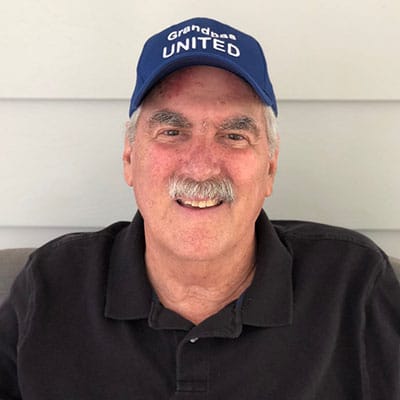 Mobilizing grandpas to be role models for boys, changing the narrative about older men in the process.

“There are a lot of men who really care about young people and they need a vehicle for giving back.”

Jim Isenberg is the co-founder of Grandpas United of White Plains, an intergenerational youth mentoring program. He is the retired executive director of the New York region of the North American Family Institute. In this capacity, he directed the development of innovative, community-based programs serving youth and families involved with the juvenile justice and child welfare systems. He taught criminal justice reform and organizational management courses at the University of New Haven and Pace University.

Jim has served as an executive in the transportation, youth development, criminal justice and conflict resolution fields. He has traveled extensively both nationally and internationally. He created a “trust building” Youth Police Initiative program that has been implemented in more than 30 cities over the past 15 years.

Jim has a PhD in criminology from the University of California at Berkeley. He has written a book entitled, Police Leadership in a Democracy:.A Conversation with America’s Police Chiefs.  He lives in New York with his wife, and fortunately, near his two kids and five grandchildren (soon to be six!).