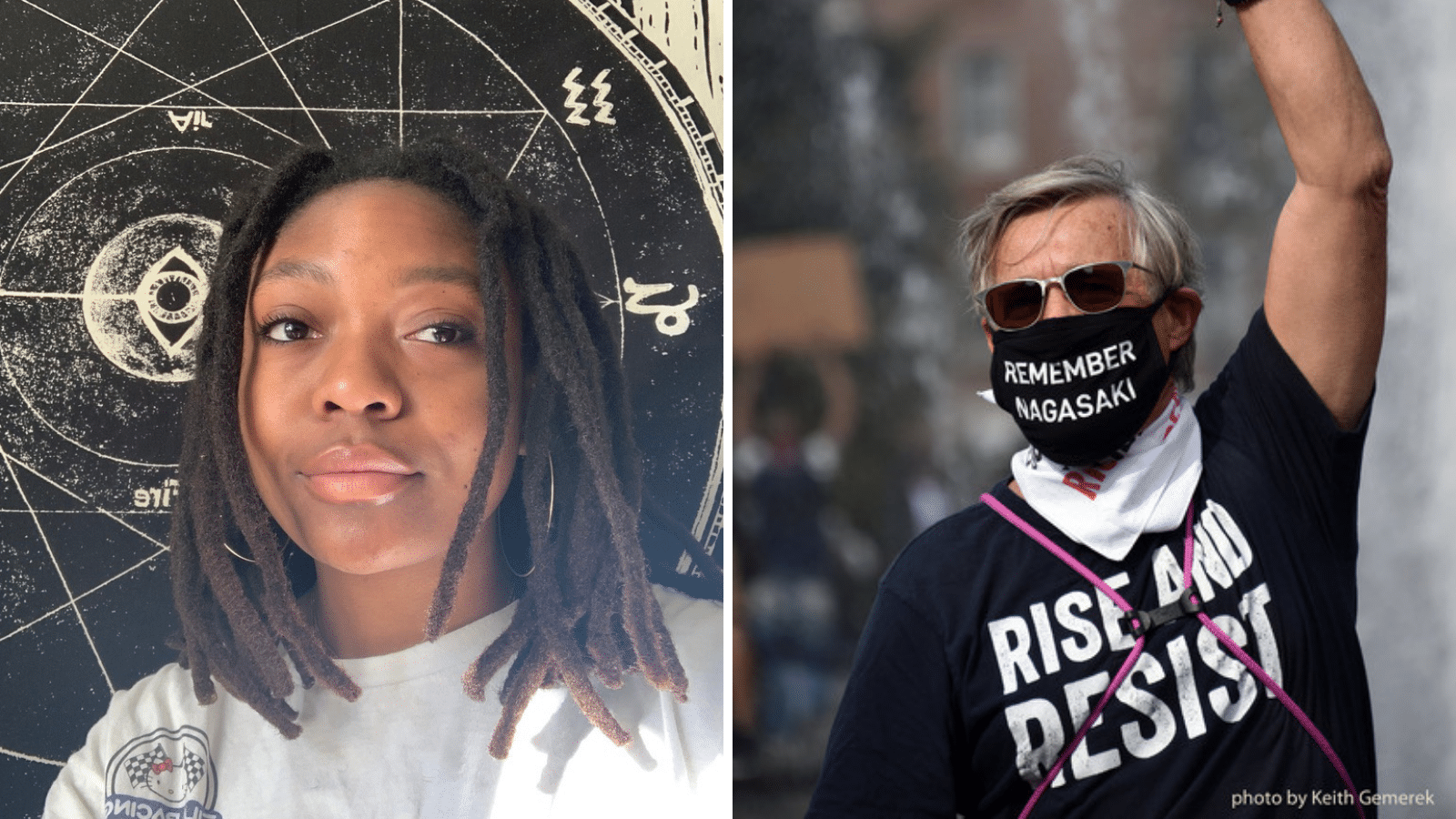 Jona Inniss was looking forward to working as a guide at the American Museum of Natural History in New York City. But when the pandemic hit, the museum closed, and the rising sophomore at Whittier College had to find another summer job.

Students for Justice — a new get-out-the-vote initiative that pairs college students with volunteer mentors who help them dig into big assignments — was looking for interns. Inniss applied and was quickly hired to be a team leader, recruiting volunteers, writing postcards, and phone/text banking to help people register to vote, order an absentee ballot or figure out how to vote early.

A week into the job, she met with her mentor, Robert Croonquist, 72, a retired public school English teacher, self-described “child of the 60s” and long-time activist.

“He was so welcoming and kind,” Inniss says. “He made it clear that we were going to get work done, but we were also going to talk. And we both realized pretty quickly how much we could learn from one another, just based on different life experiences that we’ve had.”

Croonquist was impressed with Students for Justice from the get-go. He’d met its founders, Claire Ullman and Sandy Radoff, while volunteering for Rise and Resist. “They’re absolutely brilliant and have the energy of 100 people,” he says of the two women. “It’s incredible what they created in such a short time.”

But he was eager to sign up for other reasons, too. He’d had major surgery in April, the height of the pandemic in New York City, and his spirits were flagging. Connecting with Jona, he says, was a bright spot in a challenging time.

“She’s really terrific,” Croonquist says. “It’s been 15 years since I’ve been in the classroom with students, so it’s very precious to have this kind of encounter again. It definitely gives me hope, and we give them hope, too.”

In late August, Croonquist and Inniss arranged to meet at a protest in Central Park. “It was cool to meet him in-person,” Inniss says, “and also to learn more about another part of his life, and see so many older people who have been doing this kind of activism forever. I think the main issue with generations now is that they’re so quick to write people off. Like, I’m Gen Z and you don’t learn anything from only talking to people who have been on earth the same amount of time as you.”

This fall, thanks in part to an unexpected $750,000 grant, Students for Justice is continuing its work with the help of 136 interns and mentors from all across the country. Croonquist and Inniss are still working together and meeting weekly via Zoom.

“It’s such a happy accident that I’ve been able to do this,” Inniss says. “If I hadn’t taken a class my senior year in high school about voter suppression in the South, and how it’s still such a problem all over our country, I probably wouldn’t find this as rewarding as I do. I love following the spikes in voter registration. It feels like people are really starting to get it.”

What happens after the election? “No matter what happens,” Croonquist says, “we’re committed to looking out for these kids.”