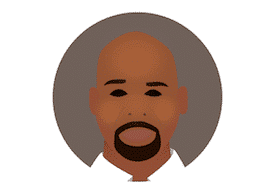 “Generational issues are often exacerbated by cultural differences. New York City’s unparalleled diversity is its primary source of both cultural richness and discord. But contention receives the greater bandwidth of attention. The absence of community means an absence of opportunities for chosen interactions, further creating a sense of alienation and separateness.”

Gordon T. Skinner is the CEO & Executive Producer of [Re]-Frame Media. His films include Save Our Seaport; Cornelia Street Café; The Kunas of San Blas, Sitting in the Fire, Strategic Omissions, Lost Innocents, and Blood Money: Patients for $ale.

Skinner was a 2017-18 associate at the UC Berkeley Investigative Reporting Program and has held many fellowships, at institutions including the Tribeca Film Institute, Independent Film Project and Lincoln Center Institute. Skinner was filmmaker-in-residence with the South Street Seaport Museum and New York Harbor School where he taught media literacy and factual filmmaking. For Urban Explorers/City Lore, Skinner trained high school students in documentary filmmaking; their film addressed gentrification in the Lower East Side of New York City.