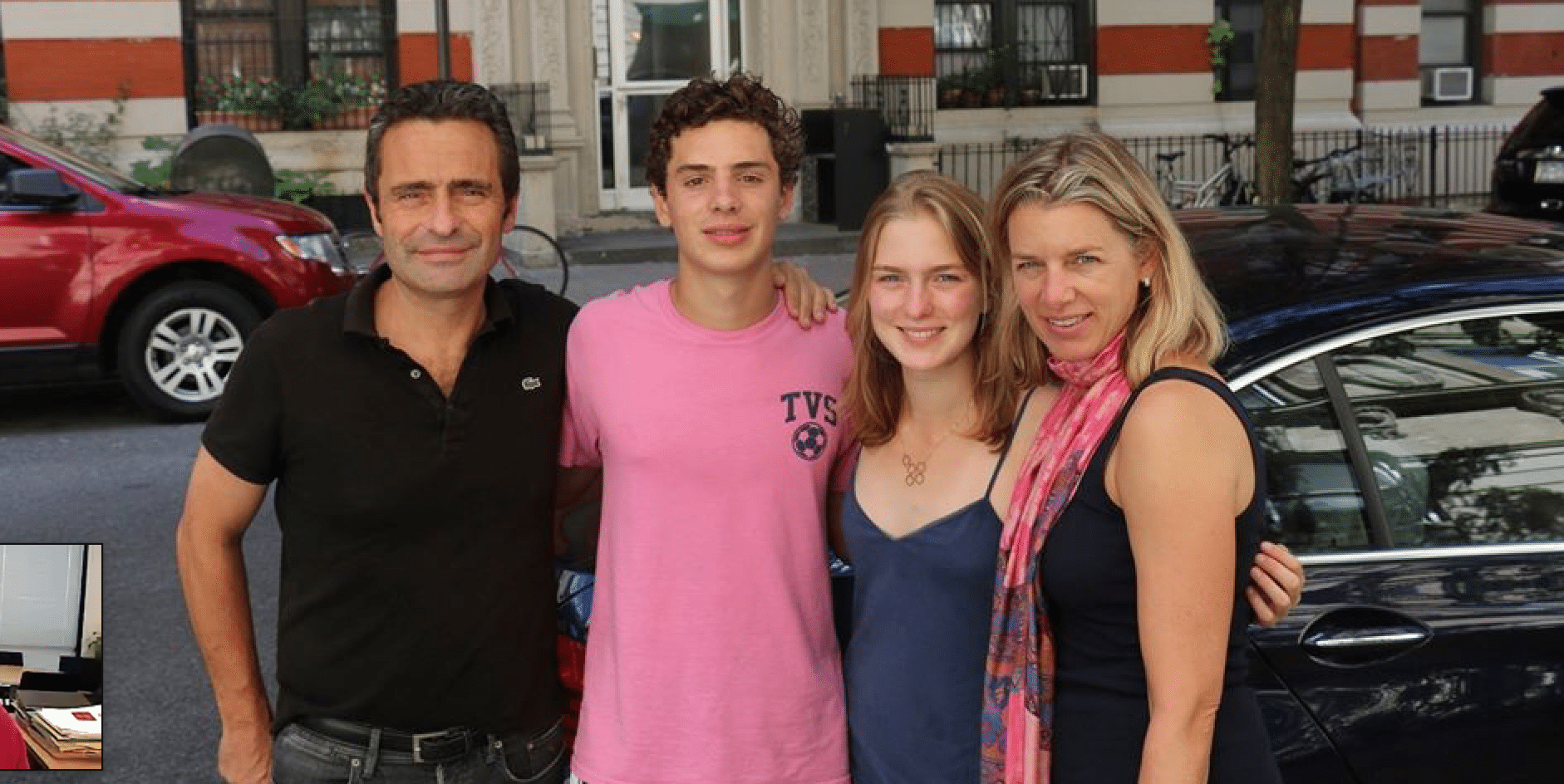 The Di Pietro Family, founders of Feed the Frontlines NYC.

Kate Felsen worked at ABC News for 20 years alongside household names like Peter Jennings, Charles Gibson and Diane Sawyer. As a leading journalist and foreign editor, Felsen covered breaking news and feature stories across the globe before leaving in 2010 when the company laid off a quarter of its staff.

“I loved being a journalist,” says Felsen, 53, “but at that point in my life I knew I wanted to do something different — to use my experience as a journalist to have a positive impact in an area that I cared about.”

Felsen became an Encore Fellow with Turnaround for Children, a nonprofit addressing the impact of adversity and trauma on public school students.

“My father was the head of an independent school for 24 years, so education was in my blood,” Felsen says. “At Turnaround, I could see they were onto something in their efforts to address the impact of stress and trauma on children’s learning and development. I believed I could help them better articulate their work to more people.”

What began as a full-time, six-month fellowship focused on communications turned into seven years at the organization. “I became the VP of Communications, Marketing and Digital Strategy and was able to hire three other people on my team,” says Felsen. “I still do contract work for Turnaround, collaborating closely with the founder and two of the people I hired. I also started a podcast for them last year called The 180 that I’m still working on.” 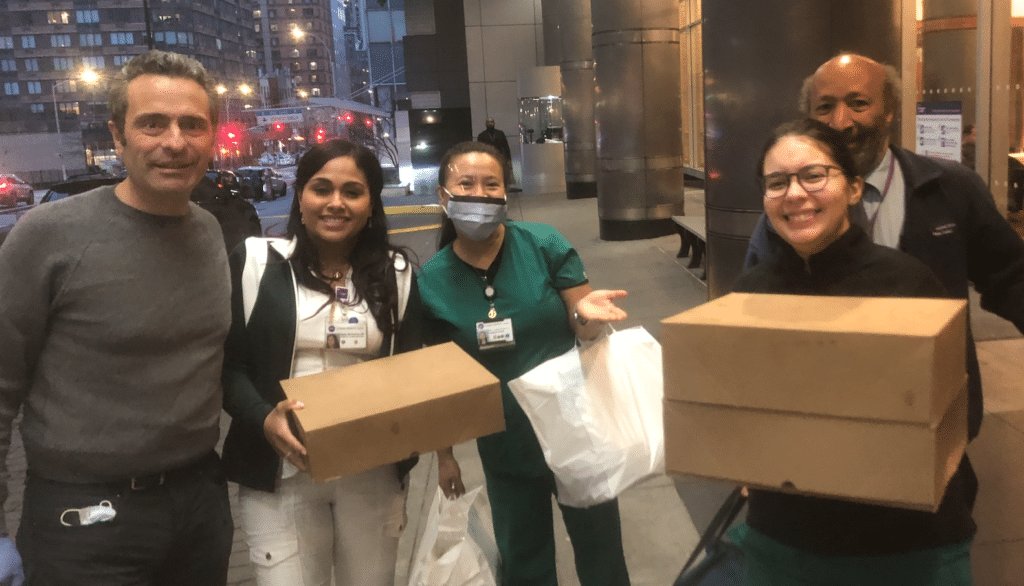 But communications consulting isn’t all she’s been up to. When the pandemic hit, Felsen and her family launched Feed the Frontlines NYC — delivering free, nutritious meals prepared by local restaurants to frontline workers and New Yorkers experiencing food insecurity.

Felsen’s husband, Luca Di Pietro, is the founder and owner of the Tarallucci e Vino restaurant group, which has five restaurants in the city. In mid-March, when restaurants were open only for takeout and delivery, Felsen got a Facebook message from a friend saying she’d like to buy dozens of meals from Di Pietro’s restaurants and have them delivered to a hospital.

“A few days later, Luca and I delivered 40 dinners to the ER team at NYU Langone’s Tisch Hospital,” Felsen says. “These folks came out with all this gear on, and we gave them hot meals. Food is love. It was then that Luca and I realized this was a way we could show frontline workers their community loves and supports them. And, if we could raise money and do more of these deliveries, we could help keep New York City restaurant workers employed at the same time.”

Since then, it’s become a family affair. The couple’s daughter, a college senior now on a leave of absence to focus exclusively on Feed the Frontlines, worked with a friend to create the organization’s website. Their son, a rising college sophomore, jumped in to help with the finances. 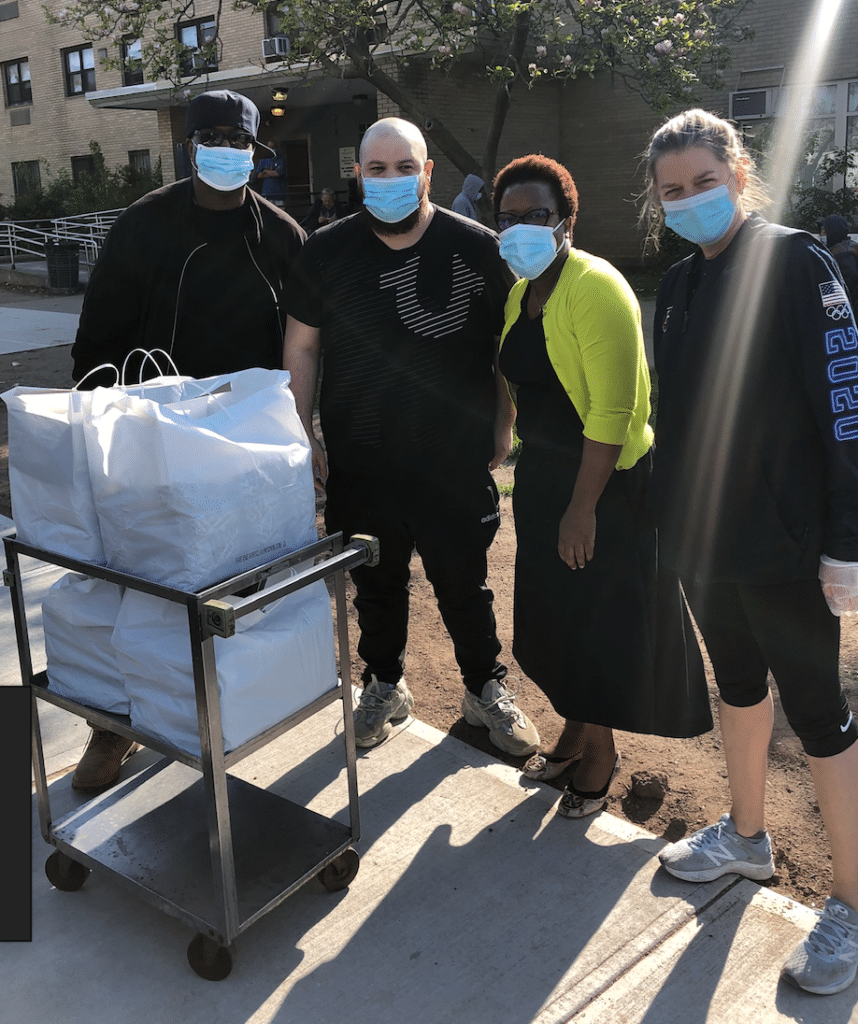 In just over three months, “we’ve raised over $1.7 million and delivered more than 125,000 meals to more than 53 hospitals,” Felsen says. “And we’ve brought more than 120 workers back on the job at two dozen restaurants across the city.”

When the curve started to flatten in New York City, Feed the Frontlines shifted some of its resources toward those in supportive housing. “When we were out making deliveries, we started to see lines at food banks that were four blocks long,” she says. “We started making calls to figure out where to deliver the food.”

There’s a connection between Felsen’s work at Turnaround for Children and Feed the Frontlines. “The stress on families right now is intense,” she says, “and not being able to put good food on the table is at the top of that list. Nutritious food fuels a brain that can learn, even during these stressful times.”

When asked if Feed the Frontlines will continue delivering meals after the pandemic has passed, Felsen delivers an emphatic yes. “The need for this isn’t going anywhere,” she says.

Purchase meals to be delivered by Feed the Frontlines NYC here.