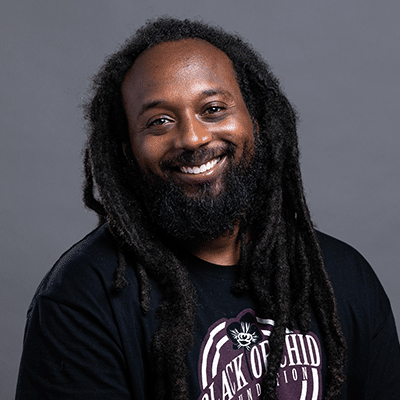 Blending historical preservation with the arts to bridge generational divides

“As gentrification erases history and culture in Broward County, the rich stories of our small Black communities are getting lost. My purpose is to preserve those forgotten histories for future generations.”

Emmanuel George spent his childhood years in North Miami and Miami Shores. Since 2002, he’s been living in Hollywood and Dania Beach, Florida.

His calling to be a voice and advocate for the local Black community came after being taken under activist and organizer Valencia Gunder’s wing as one of her mentees. Through getting involved in community activism in Miami, he applied what he was taught in Dade and brought it to the Hollywood and Dania Beach communities.

Emmanuel’s passion has always been film and art. He wanted to blend what he loves with community development. Because of his work and dedication to Black Broward, he started the Black Broward film project and is the producer of the Sistrunk-A-Fair, which is the first Black art week in Broward County.