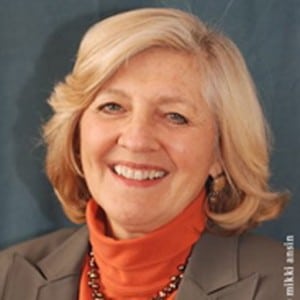 Ellen Goodman, who was a longtime syndicated columnist for The Boston Globe and the Washington Post Writers Group, has spent most of her life chronicling social change and its impact on American life. The Pulitzer Prize-winner continues that tradition from her observation post now as a writer, speaker and commentator.

Goodman began her career as a researcher for Newsweek magazine in the days when only men wrote for the newsweekly. She landed a job as a reporter for the Detroit Free Press in 1965 and, in 1967, for The Boston Globe, where she began writing her column in 1974. The Washington Post Writers Group syndicated her column from 1976 to 2010.

Goodman’s first book, 1979’s “Turning Points,” detailed the effect of the changing roles of women on the family. Six collections of her columns also have been published. She is co-author with Patricia O’Brien of “I Know Just What You Mean: The Power of Friendship in Women’s Lives,” published in 2000. She is the co-host with Lynn Sherr of SheVotes!, a podcast on the centenary of the 19th Amendment granting women the right to vote. Goodman won the Pulitzer Prize for Distinguished Commentary in 1980. She has won many other awards, including the American Society of Newspaper Editors Distinguished Writing Award.