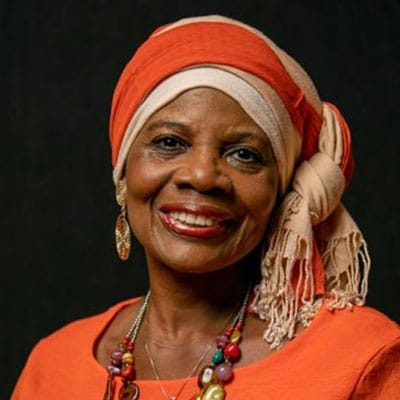 “Many older people have stories to share about activism and change as a process. My approach talks about race in a hopeful way using a variety of techniques and a diversity of voices in the struggle for social justice.”

Dr. Kitty Oliver is an oral historian and author, a TV and web radio producer, and a recording artist who has an MFA in creative writing and a Ph.D. in Comparative Studies focusing on race and ethnic communication. The native Floridian came of age with desegregation in the South, and she has lived through and chronicled decades of societal change as a veteran journalist, writer and performer and scholar.

Her race relations experiences have been featured on PBS, CNN, and in the award-winning Ron Howard Beatles film “Eight Days a Week: The Touring Years.”

Kitty pioneered the Race and Change dialogue process which takes an innovative approach to expanding the national conversation on race.

She is founder of the Race and Change Oral Histories Archive of 125 interviews with Blacks, Whites, Hispanics, Asians, and West Africans – native-born and immigrant – from a variety of cultural and regional backgrounds sharing their race relations experiences in the U.S.  The archive is one of the largest of its kind and scope in the country.

The multimedia Race and Change Initiative site features the podcast “Voices of Race and Change: The Younger Generation,” which she produces with stories of college students and immigrant teens.

Kitty’s books and collections of oral histories as well as her public television documentaries are used widely in classrooms and community forums. And, in presentations she weaves stories of race and ethnic relations across cultures with original music and research that bring elders and youth together to talk about race in a hopeful, healing way.

She recently launched the Agents of Race and Change Award to give recognition to youth who are building bridges across racial, ethnic, and cultural lines. For more information, visit www.kittyoliveronline.com.