This year, San Jose Works — a city program that provides underserved youth between the ages of 14 and 29 paid internships at local businesses, city agencies and nonprofits — added a new element. Now experienced professionals serve as mentors to the interns, offering guidance and serving as role models.

Each week for one month, mentors and interns — paired based on common interests — meet in small groups for an hour over Zoom, talking about career choices, workplace skills, and how to turn a setback into an opportunity.

Clint Wilkins, a former high school principal and Encore Fellow, co-managed the pilot program alongside Rob Duran, an experienced youth worker. (Encore Fellows™ are seasoned professionals paid a stipend to work at a nonprofit or government agency for 3-12 months.)

Going virtual — a Covid necessity for the internships and mentoring program — turned out to be a bonus, Wilkins says. “It allowed us to engage with highly talented professionals who were seeking a greater sense of purpose during the pandemic. And we weren’t limited by geography since everything was remote.”

The pilot was such a success that San Jose Works now offers both small-group and one-on-one mentoring. Here are three stories — from a millennial mentor, a Gen Z student, and a boomer mentor — about the benefits of participating.

For Diana Wu, mentoring is a chance to pay it forward 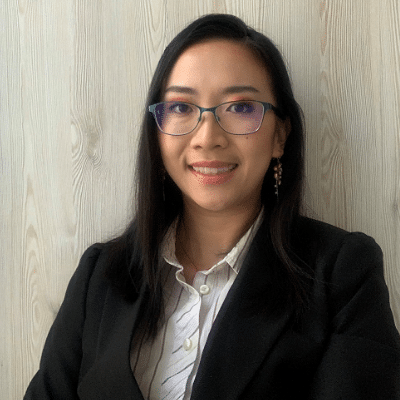 I was coming back from medical leave right as the pandemic hit. It was traumatic being so sick, but it makes you realize that life can be very short. That’s part of why I felt compelled to give back. It’s been very rewarding to help these students, to connect with them and see so much of myself in them — that driven attitude.

I was part of the Big Brother Big Sister program growing up in the low-income immigrant community of New York City. At that age, I didn’t understand the concept of mentorship. I saw the adults around me work for pay – my parents worked multiple jobs for a living, my teachers earned an income for their teaching. It wasn’t until I saw the movie “Pay it Forward” that becoming a mentor made sense to me.

I found out about the mentoring program with San Jose Works through Intel’s volunteer program, and it’s been a wonderful experience to be mentoring such high-achieving youths in our community over multiple Zoom sessions. I don’t assume that these young people understand the concept of mentorship or why we’re doing this. I make clear that I’m not expecting anything out of them. I help them by listening, encouraging and guiding them, and giving them validation that they’re on the right path.

I didn’t have a role model when it came to being an engineer, to tell me I was on the right path and help me envision what my future could look like.

Talking to these students about what I’ve done has been really validating. Women tend to say our successes are all due to luck. We don’t take credit. Hearing them verbalize how cool my career path sounds — it gives me motivation to keep going. I’m the Chief of Staff/Technical Assistant for the VP of an Engineering team at Intel, but maybe one day I’ll be a VP. In the meantime, I have successfully convinced my VP and his wife to join the program as mentors.

I’ve been experiencing anxiety with regards to Covid-19 and don’t want to get sick again. Taking part in such an impactful community program, during this time, has been very helpful for my mental health. 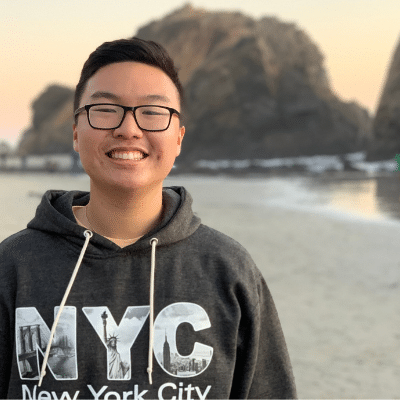 I found out about the San Jose Works mentoring program through my teacher. I’m a senior at Independence High School, and it’s been all too easy to get lazy about online classes — to not pay attention, and just put on YouTube and mute the teacher.

Having this extracurricular commitment and a virtual mentor is helping me remember why it’s so important that I keep working hard, so I can succeed in whatever ways that I can.

I initially signed up because I didn’t have much going on during the summer, but I’m staying on for the one-on-one mentoring because of the people I’ve met. The main purpose of the program was to connect us with people who have experience, and I’ve realized the value in that. I’ve met people in the tech industry who are already doing what I want to do.

They’ve helped me take into consideration not just my passion for artificial intelligence (AI), but also my personality. I’m social and extraverted, and I like working in groups and being able to collaborate on plans. One of the mentors I talked to during the group sessions was a program manager. He helped me understand what a program manager does, and it felt like it fit with my personality. He said a major in computer science would prepare me for that kind of job. It just helped me see things in a new light.

The mentor I’m working with now is Landan, and he works at Intel in AI. He’s pointed out a bunch of ways I could study over the winter break and recommended which colleges I should apply to, based on my interest. Right now I’m eyeing either MIT or USC’s School of Engineering. They’re both really competitive, but it doesn’t hurt to try. 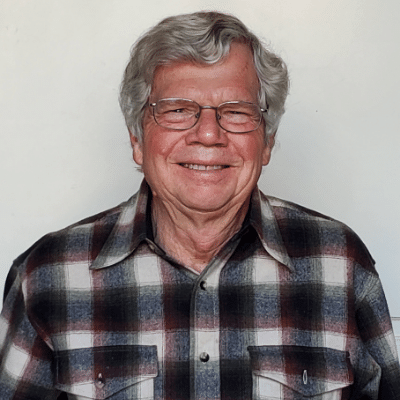 I worked at Intel for 30 years, and after I retired I helped organize the Intel Retiree Organization where I still serve on the board and co-chair the Volunteer and Donation committee. When I found out about the San Jose Works mentoring program, it just sounded like a fantastic opportunity.

I’m interested in mentoring virtually and how that could open things up to Intel retirees across the country. So that’s one of the reasons I signed up.

I’ve also done a lot of mentoring and coaching over the years myself, with a focus on inspiring students to pursue engineering and technology careers. Like PC Pals, an Intel-sponsored email exchange program with middle school students I’ve participated in. I like to show a lot of interest in what they’re doing and find common ground. It feels really good to me to pass on some of my learnings.

I live in Oregon but, because of the pandemic, I was able to participate in the San Jose Works pilot program and I’ve stayed on for the one-on-one mentoring because I’ve had such a positive experience.

For the small group discussions, there were just a couple students and a couple of mentors. The students we had were very open and we were open with them, too. It was just a great exchange. I don’t know if we could have had that same exchange in person. It was very effective. It’ll be interesting to see how they scale it.

It really impressed me that the San Jose Mayor’s Office is doing this, and Mayor Liccardo even came to the summer program graduation ceremony. That speaks so highly of what the city is doing to invest in the community.