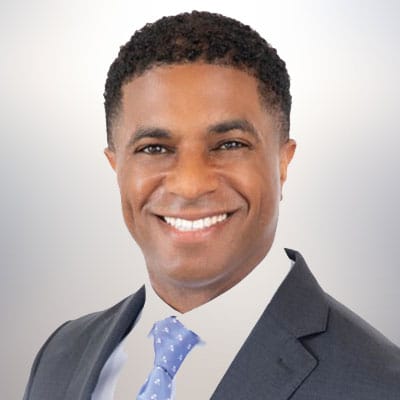 “As the nation reckons with racial inequity and cities are on the frontline of the global pandemic, the example of our ancestors — people committed to freedom, justice, equity and progress — will help us build the world we deserve.”

Chris works closely with the Mayor, business leaders and community advocates to revitalize disinvested areas, drive economic impact through equitable investment and advance partnerships to increase community-wide capacity. Under his leadership, the agency has secured over $50 million in grants for transit-oriented and equitable urban redevelopment.

Chris is currently on leave from his position as the Newman Trowbridge Distinguished Professor of Law at the LSU Law Center. He is a noted local government law scholar and has published in numerous popular, academic and editorial journals, including the New York Times and the Harvard Journal on Racial & Ethnic Justice. In 2015, Chris was the Louisiana State Democratic Party nominee for Secretary of State and earned the most votes of any Black candidate at that point in Louisiana’s history.

In 2017, LSU honored Chris with the Brij Mohan Distinguished Professor Award for his commitment to advancing peace and social justice. In 2018, he was inducted into University Laboratory School’s Alumni Hall of Distinction. Chris served as Co-Chair of Baton Rouge Mayor Sharon Broome’s Transition Team, and Governor John Bel Edwards appointed him to the Louisiana Highway Safety Commission and the COVID-19 Health & Equity Task Force. His work in transit advocacy, urban planning and equitable development has addressed issues of intergenerational connection, aging and accessibility for all.

Chris earned his Bachelor of Architecture degree, with honors, from Howard University in 1998; his Master of Public Policy degree from the Harvard Kennedy School in 2003; and his Juris Doctor degree from the Georgetown University Law Center in 2006.