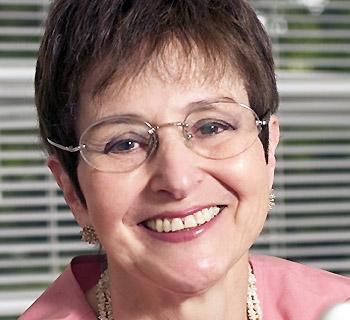 Suzanne Mintz became a family caregiver when her husband, Steven, was diagnosed with multiple sclerosis in 1974. In 1997, she left a career in interior architecture to take the reins of the National Family Caregivers Association (now the Caregiver Action Network), a nonprofit she co-founded to give voice to the 50 million people in the United States who provide care for a chronically ill, disabled, or elderly family member or friend during any given year. Mintz uses her own difficult experience – two extended separations from her husband, burnout, and depression – to put a human face on the difficulty and isolation of caregiving and to mobilize caregivers as a political force.

It’s a powerful message falling on receptive ears. The Association now reaches millions through speaking engagements, newsletters, pamphlets, a web site, and a helpline, and is working to support caregivers through legislation and policy change.

At 6:30 a.m. in a quiet suburb of Washington D.C., Suzanne Mintz’s alarm rings. It’s time for her to check overnight work emails, feed the cat, and have some breakfast. By 7:30, most mornings, Mintz is helping her husband Steven, who has multiple sclerosis, out of bed and into their handicapped accessible shower. Only after he’s dressed and ready for the day does she hop in the shower herself.

When Mintz finally arrives at her four-person office at 9:30, she knows that three hours later she’ll be back home to check on her husband, a government economist who works three days a week from the house. For Mintz, bringing her home life to work is beyond acceptable. It’s essential.

The challenging job of caring for Steven inspired Mintz to co-found the National Family Caregivers Association (NFCA) — a grassroots, education, support, and advocacy organization working to engage caregivers to better their lives and draw national attention to their critical and underappreciated work.

“The thing with most family caregivers is they don’t self-identify,” says Mintz, a fast-talking 60-year-old. “Research shows that millions of isolated family caregivers form a workforce that provides $306 billion worth of unpaid care each year, largely without much help”, she adds, easily quoting the numbers from memory.

“So how do you reach a population that doesn’t know it exists?” asks Mintz. “How do you empower family caregivers to reach out for help, to care for themselves, to speak up on behalf of themselves and their loved one? And then how do you convince them that public policy actually reaches into their bedrooms and bathrooms?”

For Mintz, the answer was to tirelessly promote her cause through a quarterly publication, education and outreach programs, advocacy on Capitol Hill, and candid speaking engagements. When Mintz co-founded NFCA in 1993 with friend and fellow caregiver Cindy Fowler, she regularly had to explain the term “family caregiver.” Today NFCA’s message reaches over half a million people each quarter through its own newsletter and commissioned articles in two other publications. Caregiver membership, which is free, currently stands at 26,000, and hundreds of family caregivers are added to the rolls each month. In addition, NFCA reaches over 8,000 caregivers with a monthly e-letter and receives on average of 50,000 visits to its web site each month.

Mintz humanizes a topic that few people enjoy dwelling upon. Her willingness to expose the cracks in her own Superwoman façade — two extended separations from her husband, burnout, and bouts with clinical depression — gives her credibility with other caregivers.

“Suzanne has done a good job publicizing her own story as a caregiver,” says Kathleen Kelly, executive director of the San Francisco-based Family Caregivers Alliance, one of several national caregiver advocacy organizations. “She puts a human face on all the statistics.”

Robin Francis, 49, an administrative assistant in St. Clair Shores, Michigan, says she didn’t see herself as a caregiver until she saw Mintz speak at a conference four years ago on the importance of reaching out. Francis immediately looked into home help for her husband, who also has MS. She also began receiving quarterly newsletters from NFCA that provide her with “How To” information, emotional support, and keep her up to date on public policy issues affecting caregivers. “I usually just write my Congressman a couple of lines,” says Francis, who acknowledges she otherwise has a hard time keeping up with politics.

“In my life, like at work, if something unfair is happening to me, I don’t often speak out,” says Francis. “But if I see it’s affecting a lot of other people, I will say something. That’s what National Family Caregivers does. They push that button and inspire people like me to say something.”

Inevitable demographic shifts mean there will be a lot more buttons to push. “Almost all baby boomers have a story of caring for a loved one,” says Kelly. “And on the policy front, once it touches a policy maker personally, they get involved. And the fact of the matter is that it’s touching a lot of them personally right now.”

Running a national organization on caregiving was never how Mintz or her husband Steven imagined their lives. When Steven was diagnosed with MS in 1974 at the age of 31, the young couple didn’t tell their family for years.

That was counter to Mintz’s natural reaction to problem solving, which is always to reach out and search for outside solutions. One example: after she and Steven had problems getting picked up in an accessible van by the county’s taxi service provider, Mintz successfully applied for a spot on the taxicab commission. But Steven prefers to find solutions within himself. “It’s true that opposites attract,” says Mintz, throwing her husband a smile.

In 1993, Mintz and Cindy Fowler, whose mother had Parkinson’s disease, decided to get away for a beach trip. The two hit a three-hour traffic jam on the way and started talking about caregiving.

“The light bulb came on,” says Fowler. “What she was doing taking care of Steven was like what I was doing with my mom. The whole weekend we talked about having this in common and what we were feeling and how there must be a lot of other people feeling the same way.”

“Our loved ones had a clinical diagnosis, but we had a psychosocial diagnosis that wasn’t recognized,” says Mintz. “We decided we wanted to do something about it.”

Armed with a vision of reaching out to other isolated caregivers, Mintz and Fowler, a graphic designer, put together a newsletter called Take Care. Five hundred copies of pro bono printing and it was off the ground. “I was obsessed,” says Mintz. She ran Take Care from her basement, juggling duties as principal and head of marketing at a successful interior architectural firm.

Although her career was stable and lucrative, Mintz had long been playing with making a change. “It wasn’t a job for a 50-year-old woman,” says Mintz. “I had had this thing in my head about making some sort of a switch at 50, but I didn’t know what it was. Then we started NFCA, and it just became obvious to me. I found the thing that I could go to, or rather, it found me.”

Today, NFCA has become a leading voice in caregiver advocacy. Mintz is expanding a network of state representatives who act as the eyes, ears, and voice of the organization on the state level. Their ability to take speaking requests on behalf of NFCA is essential, since Mintz limits her travel to spend time with her husband.

But the organization is at a critical juncture. A perfectionist who has done the lion’s share of the work herself, Mintz believes the organization needs to grow so it can more effectively achieve its aims. She recently expanded the board, adding people with much needed expertise in specific areas. She’s also searching for a director of programs and hoping to make additional hires as well to take NFCA to a level where it won’t be so dependent on her seemingly inexhaustible energy, and limited by her own deficiencies.

“If I wasn’t running NFCA, I would think about slowing down,” says Mintz, who, along with the earliest baby boomers, turned 60 this year. Still, she has earned the nickname “the Energizer Bunny,” and many say it’s hard to imagine Mintz slowing down. Especially when she repeats the line, “60 is the new 40.”

Mintz drives back to the office after helping her husband Steven with the bathroom and making him lunch, sometimes eating hers with him, other times taking it back to the office so she can get more work done. “A lot of people think this isn’t about rights, it’s about love,” she says.

For Mintz, who approaches caregiving with an analytical mind and policy making with a large dose of heart, it’s definitely about both.