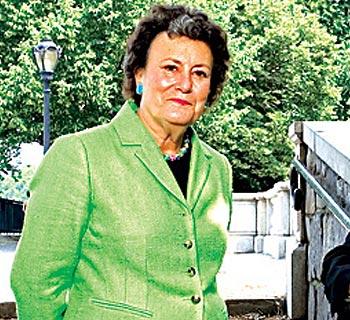 At the top 200 companies in the S&P 500, women make up only 16 percent of the members of boards of directors, while African Americans account for only ten percent. Susan Stautberg, a former broadcast journalist, founded PartnerCom, which creates and manages Advisory Boards globally to help diversify power within corporations. Over the past eight years, PartnerCom has placed more than 250 women and minorities on corporate and advisory boards. Stautberg also co-founded On Board Bootcamp, which helps unconventional candidates obtain board seats in the private, public and non-profit sectors, introducing them to experienced directors and search firms and helping them create strategies for advancement. Having observed the power of the Bohemian Grove, a 130 year old elite old boys’ network of former Presidents, businessmen, military, musicians, academics, and nonprofit leaders, and realizing that women didn’t have a similar organization, Stautberg created the Belizean Grove, a constellation of influential women from five continents and all sectors who are building long-term, mutually beneficial relationships to both take charge of their own destinies and help others do the same. To spur the development of younger women leaders, in 2005 she started TARA, Today’s Already Rising Achievers, for global leaders in their 30’s and early 40’s. The Grove and TARA focus on both mentoring and the opportunity to meet and learn from each other in a reverse mentoring program.