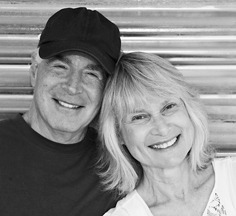 Teaching tolerance by documenting our common humanity through photography

Nearly ten years ago, Richard and Michele Steckel decided they couldn’t sit by and just watch as people all over the world experienced the mayhem of ethnic cleansing, race riots and hatred. To bridge divides, they sought to chronicle in photographs the humanity shared by all people – a project that led to a traveling exhibit they named “The Milestones Project.” It wasn’t an easy path. The Steckels took out a second mortgage on their home, borrowed to the limits on their credit cards, learned about photography, and sought friends around the world to help them to make their dream a reality. Then they set out to capture on film moments that are grounded in common human experience — losing the first tooth, making the first friend, going to school for the first time, getting the first haircut. They amassed tens of thousands of photographs, then collected the best ones into a book and an exhibit. Since its unveiling in 2003, the Milestones Project has mounted exhibits internationally in eleven airports, museums, restaurants, colleges, schools, libraries, government offices, city halls, conferences, at the United Nations, and on the web. Over 118 million people have been exposed to the photos and the message. World leaders have written personal testimonials for the project, which has expanded to include books, puzzles, and a Milestones curriculum to teach cultural sensitivity to people of all ages.