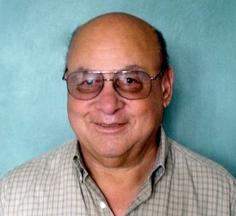 Lawrence is applying his skills as an organizer to increase affordable housing options in Southern California.

Driven by a commitment to social justice, the Rev. Richard Lawrence has marched in Selma, Ala., for voter rights, gone to jail in Chicago for protesting the police killing of an unarmed civilian, run for office in Chicago and served on the city council in Lawrence, Mass.

When he moved to San Diego to retire in 1998, he became a strong advocate for affordable housing. As the volunteer co-chairman of the Affordable Housing Coalition of San Diego County, he helped to organize a broad-based alliance of labor, faith-based and community groups called ACCORD, or A Community Coalition Organized for Responsible Development.

With ACCORD, Lawrence helped secure a $30 million agreement from real estate investment firm JMI Realty to create 136 units of housing for families earning between $18,000 and $36,000 per year. The units opened in 2009. Among Lawrence’s other successes, he protected San Diego area renters from arbitrary eviction from a single-room-occupancy hotel and helped advocate for housing-related city ordinances, including one that requires that 10 percent of all new housing be affordable.