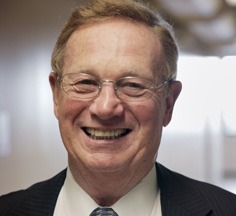 Charlton promotes entrepreneurship in Detroit as a means to create jobs and revitalize the struggling city.

Bored with retirement and ripe for a new challenge, Randal Charlton walked into the office of the president of Wayne State University in 2007 and asked if he had a job – any job – for a lifelong entrepreneur.

Charlton brought a versatile background to the table. In his long career, he had been a life sciences journalist, tended dairy cows for a Saudi sheik, started a jazz club in Florida and consulted with a world bank. He had founded several companies.

He also knew what it meant to fail and fail hard: to lose a business, marriage and child when in his 50s, yet find a way to rebound. In his 60s, he had created a global research company.

Wayne State’s president did, in fact, have a job. He named Charlton executive director of TechTown, a business incubator on the outskirts of the college’s campus in Detroit’s Midtown district. His assignment: To raise millions of dollars in nonprofit funding, recruit legions of participating entrepreneurs and train mentors to win the war on recession.

“Here in Detroit, we have 20 percent unemployment and another big percentage of underemployment, as well as racial problems and – on top of all that – the near collapse of the auto industry,” Charlton, now 71, says. “All of which demands that we create a more entrepreneurial culture here in Detroit, and we at TechTown are at the epicenter of that.”

Charlton led TechTown for four years, until October 2011. When he took command, it was a nearly empty industrial building with few resources. Now 250 companies are tenants at TechTown, which helps new businesses succeed with various kinds of support, including space for lease and mentoring.

Entrepreneurial culture through events and walk-in sessions, have been introduced to 8,000 Michigan residents. Some 3,000 people have attended TechTown conferences, and more than 2,200 entrepreneurs have graduated from training programs. In 2010, 14 TechTown companies received a capital infusion of more than $1.35 million. With the benefit of a good model, entrepreneurial incubators are popping up all over the region.

“Randal’s expertise has brought him an international reputation, yet he still takes special pleasure in being part of a grassroots resurgence of America’s entrepreneurial spirit,” says current Wayne State University President Allan Gilmour.

Having accomplished so much at TechTown, now Charlton is focusing his expertise on BOOM! The New Economy, a TechTown-affiliated venture that offers training, one-on-one mentoring and internships to people over 50 exploring second acts. (See him in his new role here.)

From optimism to entrepreneur

Charlton was born in London during the Second World War. His mother taught dancing, and his father served as public relations officer for General Bernard Montgomery, the hero of Britain’s war effort in the Middle East. During the war, Charlton and his sister were sent to live with a family in North Devon, in the English countryside.

Living far away from the drone of the the German planes flying over London, Charlton learned farm technology – and a spirit of optimism – from the farmer who raised him like a son. His first job out of college was as an agriculture journalist, then as a partner in an agricultural export company designed to transfer technology to developing nations.

He traveled to 40 countries and enjoyed many adventures, including living for weeks in a Saudi Arabian desert nursing a sheikh’s herd of cows back to health. Later he acted as a consultant for cattle breeding associations and for the European Development Fund, and as an executive for several global biotechnology companies.

In the 1990s, Charlton’s life took a dark turn. He set up a Cajun blues-themed club in Sarasota, Fla. – a long-held dream – without the financial resources or the demographic knowledge of the area. The club went bust. He lost money on a cattle-ranching enterprise to produce low-fat beef. He lost more on a book about women’s soccer. He lost his house, and his marriage crumbled.

Most devastating of all, his daughter Kate committed suicide shortly after she was diagnosed with schizophrenia. “She was someone who wasn’t afraid of anything or anybody,” he says. “I determined a year after her passing away that I wasn’t going to be frightened of taking on any challenge.”

Eventually Charlton remarried, and today he enjoys spending time with his other three daughters and their expanding families.

In 1999 Charlton co-founded Asterand, an ethically sourced human-tissue sampling business. It found a home at the then-struggling TechTown, thanks to funding from the Michigan Economic Development Corporation. When Asterand went public in 2006, it became the highest performing stock on the London Stock Exchange.

Charlton left Asterand at age 67. That’s when he showed up at the door of Wayne State’s former president, Irving D. Reid.

When Charlton was appointed to TechTown, it was a nonprofit close to insolvency with a billowing construction debt and a dozen good dreams. “Today TechTown is the largest and most diverse business accelerator in the world,” says David O. Egner, executive director of the New Economy Initiative, a $100 million fund to accelerate Metro Detroit’s entrepreneurial culture. “Driven by Randal’s passion and entrepreneurial spirit, TechTown restructured its services and widened its vision.”

Job training and business mentoring are critically needed in Detroit. In the past 10 years, auto manufacturing, once the pride of metro Detroit workforce, has shed nearly 500,000 jobs, according to industry studies. The city’s foreclosure and unemployment rates are among the highest in the nation.

Dwayne Carson says his information technology company, ICDataCom.com, is firmly in the black, thanks to mentoring from Charlton, as well as a series of TechTown workshops and networking events. Headquartered at TechTown, the firm does nearly all the IT work for the organization’s tenants and now exports services to Nigeria and Egypt.

“Randal is a very positive asset,” says Carson. “He makes himself accessible to us. He encouraged us to take our business international.”

Ramiro Ramirez, 62, reinvented himself through TechTown’s “Shifting Gears” program aimed at helping former automotive managers and executives. “I took a leap of faith. I didn’t know much about TechTown but the program was only $500 for three months. I felt I was too young to be put out to pasture. The counselors helped me look back through my career and find out what excited me most,” says Ramirez, a long-time electrical engineer and software designer for the big three automakers and their vendors.

“TechTown counselors told me over and over again that small to medium businesses valued the kind of career experience I could bring, that I could leverage these skills in a wide variety of ways,” Ramirez adds.

Ramirez landed a great job doing business development for Link Engineering, a family-owned business. In his spare time, he helps young Hispanics define their business goals and set their plans in motion. “It all starts with self-confidence,” Ramirez says.

It’s not just Motor City refugees who are taking advantage of TechTown’s programs.

Artist Maxine Gardner, 58, used nearly every service in the TechTown portfolio to launch Artfulvision.com, a virtual art fair, in summer 2010.

“When I arrived, TechTown didn’t have programs for artists. All their attention was on biotech and displaced auto workers,” Gardner says. “I kept showing up and saying that a whole lot of other people with passion and talent needed to forge ventures in their 50s and 60s that wouldn’t break their back and drain their pensions. Randal listened and made sure I got one-on-one coaching and implemented numerous programs for creative people to explore their entrepreneurial passions.”

Gardner adds: “Randal Charlton is always thinking about possibilities. “When other people are depressed about the economy, he sees transformation around every corner.”