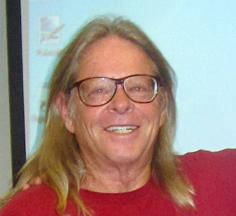 After more than 35 years as a film and television writer, producer and director, Peter Rosten had had enough of Hollywood, and in 2002 he decamped for rural Darby, Montana. He soon noted a social need in his new community: a paucity of arts education. He saw budget shortages, economic disadvantage and an education environment that left the arts behind.

Inspired by the passion and creativity that had motivated his film career, Rosten asked the Corvallis School District if he could start an after-school digital media class. In 2004, with an old camera, a handful of low-tech computers, an empty classroom and $10,000 of his own money, Rosten launched MAPS: Media Arts in the Public Schools.

In 10 years, Rosten’s encore calling has developed into a state-of-the-art facility that offers free after-school courses in filmmaking to students in five Montana school districts. MAPS has grown from 25 to 150 middle and high school students, 20% of whom are home schooled.

The program promotes creativity, innovation and critical thinking while introducing students to career opportunities in digital media. Students have produced fee-based commercials, documentaries and short films for nonprofits, communities and companies around Montana and nationwide. “By combining our students’ arts education with the real world of business, MAPS provides an early window into the risks and rewards that awaits our pupils in the future,” Rosten says.

“Although I had years of experience as an entertainment entrepreneur, I faced a steep learning curve transferring show business skills to an educational environment,” he says of his encore career. Despite the challenges, he says, “we have made a difference.”