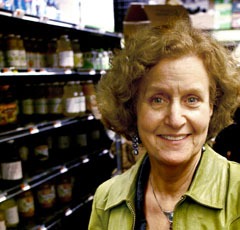 Romer is recruiting thousands of New Yorkers to come together as a community to create a sustainable system that yields healthy, locally grown and affordable food.

Back at home, she organized 300 neighbors to launch a community-based food conference addressing problems with the current food system, which contributes to climate change and health problems, such as obesity and diabetes.

In April 2010, Romer met with First Lady Michelle Obama to discuss solutions to childhood obesity and health problems, and she has sparked companion food conferences in two other New York boroughs: Queens and the Bronx.

“I will continue to seek out ways to use my talents, resources and skills to bring people together, create community and build democratic movements for social change,” says Romer.