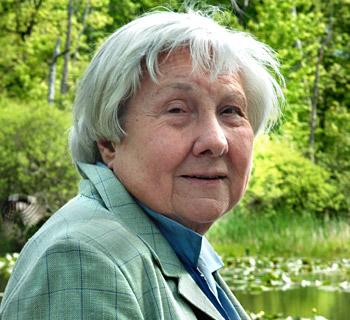 Creating collaboration and dialogue to save the environment.

For most of her life, Lee Botts has worked to save the environment. She founded the Lake Michigan Federation (now expanded to all five lakes and known as the Alliance for the Great Lakes), chaired the Great Lakes Basin Commission and helped organize Great Lakes United. In 2002, the Clean Water Network hailed Botts as a “Clean Water Hero.” But recognizing that it may be wiser to prevent an environmental problem than it is to solve one, Botts has spent her early “retirement” years co-founding the Indiana Dunes Environmental Learning Center along the southern shores of Lake Michigan. The Center, which works to help young people understand the relationship between their actions and the environment, has served 30,000 students and teachers and plans to expand. Botts has also continued to create collaborative initiatives, becoming a mentor to a new generation of leaders along the way. In 1997, she helped launch the Northwest Indiana Quality of Life Council to enable regional stakeholders to discuss competing issues of economic development and sustainability. The efforts opened a dialogue between citizens and BP, Inc. after the company initiated a $3 billion move toward heavy crude oil processing in its local refinery.