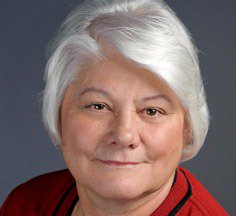 Wilson develops methods of compassionate care for vulnerable elders in Nicaragua, while helping local communities cultivate their own solutions.

When Keren Brown Wilson was a 19-year-old college student, her mother had a stroke at age 55. Her mother lived 10 more years, mostly in nursing homes.

“When I told her of my plans to teach gerontology, she said something that changed my life forever,” Brown recalls. “She said, `Why don’t you do something to help people like me?’ … People like her were poor. They couldn’t afford to just buy whatever they liked and live wherever they wanted, how they wanted.”

In 2001 Wilson created the Jessie F. Richardson Foundation (named for her mother) to develop sustainable, replicable models of elder care in regions with few resources. The next year, during her first trip to Nicaragua, Wilson was shocked by what she saw in some of the local “hogares,” or nursing homes. The residents slept on bare pallets. They had little food and no medicine.

Wilson’s foundation, based in Clackamas, Ore., is working to change those living conditions by providing health care; building local and national capacity to care for vulnerable elders; and fostering economic opportunity. The foundation helped establish Nicaragua’s first National Council on Aging; trained 1,000 local health care workers, students and volunteers at 100 community clinics in 20 cities; constructed the first hogar-based national training center; and hired the country’s first geriatric physician, who has treated more than 2,500 elders. The foundation has also funded a pharmacy, a chicken business and a used clothing store.

Now Wilson plans to bring the Nicaragua model to other Latin American countries and the United States, starting in her native Appalachia, where she has observed the same generational poverty.