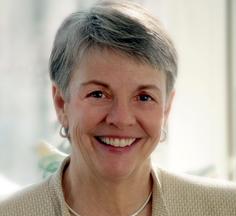 Johanna Crawford was 13, living in an alcoholic, abusive household, when she watched her father try to kill her mother. The memory never left her, even years later as an adult who had built a string of successful businesses and sold high-end real estate.

In 2003, while volunteering at a crisis shelter, Crawford broke a rule and gave $40 out of her own wallet to a victim who arrived with two young children ¬– petrified and penniless, and without the documents needed to apply for aid. There she saw a gap in what the government and domestic violence agencies were providing, and what the victims really needed in the moment – emergency cash grants as the first step to rebuilding their lives. The woman ended up using the $40 to pay a government fee to access her own records.

Crawford had found her purpose: “I knew that I needed to find a way to help survivors in a larger way.”

A year later, Crawford, who is now 67, launched her encore as the founder and executive director of Web of Benefit. Her Transition to Self Sufficiency and Good Works Programs assists survivors in developing skills for economic and personal independence and ensures each grantee adheres to her “Pay-It-Forward” philosophy.

According to the Mary Kay Foundation’s 2012 “Truth About Abuse” survey report, 74% of female domestic violence victims stay in an abusive relationship longer for financial reasons. To combat this, Web of Benefit has directly given grants to more than 1,400 survivors totaling over $750,000, touched the lives of more than 5,000 survivors, and partners with more than 80 organizations in Boston and 25 in Chicago. In 2012, she was honored as a CNN Hero for her encore work.

Says Crawford, “I believe women working together can change the world.”