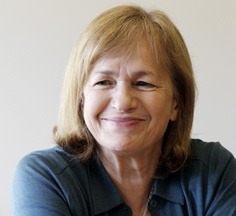 Founder and CEO
Half the Sky Foundation
Purpose Prize Winner 2011

Winner of the Purpose Prize for Intergenerational Innovation, Sponsored by AARP

Bowen is uplifting the lives of thousands of Chinese orphans.

One Saturday morning in 1996, screenwriter Jenny Bowen saw a photo in The New York Times that stunned her: It was the face of a little Chinese girl, one of thousands abandoned and languishing in the country’s understaffed and under-resourced welfare institutions. She and her husband Richard “felt compelled. We had to do something. We had to act.” By the end of the day, they decided to adopt a Chinese child.

Within 18 months, they had traveled to Guangzhou and returned, with 20-month-old Maya, to their home in Los Angeles. Maya was suffering from the now well-documented effects of institutionalization – she couldn’t walk, didn’t speak and was withdrawn.

But after a year of love and care from Bowen and her husband, Maya became a happy and healthy child. Inspired by her daughter’s remarkable change, Bowen founded the nonprofit organization Half the Sky to radically transform the way China cares for all its orphaned children.

“There was never a program to provide children any kind of emotional or psychological services until Half the Sky came along,” says Bowen, speaking from her U.S. headquarters in Berkeley, Calif. Before, the concept of nurturing Chinese orphans was unheard of, but today “we’re training every child welfare worker in the nation and building the official government website for the child welfare system so that there’s a light on in China and they never go back into darkness again.”

Bowen’s achievement is unprecedented. With some 1,800 employees now working in 51 cities throughout China, Half the Sky – the name comes from the old Chinese expression “women hold up half the sky” – leads biannual workshops training orphanage directors in the Reggio Emilia approach to responsive child care, which emphasizes children’s creativity and nurturing needs and makes the children the guides to their own education.

One of only 16 nationally recognized foreign nongovernmental organizations in China – and the first to form a partnership with the Ministry of Civil Affairs, which oversees the country’s orphanage system – Half the Sky runs four programs addressing all stages of childhood: Infant Nurture, Little Sisters preschools, Youth Services and the Family Village, which provides families four children with special needs who live in housing near the institutions. Additionally, Half the Sky’s new China Care Program offers free medical services, including surgery for disabled orphans.

From the hundreds of nannies it has trained to provide care for three infants at a time to the foster families it supports through stipends when they commit to caring for abandoned children and AIDS orphans through adulthood, Bowen’s organization has had an impact on more than 60,000 Chinese children. Yet in a country where orphans officially number 800,000, 95 percent of the healthy ones, girls, “we have a long way to go,” Bowen says.

Bowen, who commutes between the United States and China, is determined to reach every abandoned child, no matter how long it takes. “Every single day for the rest of my life I’ll be able to wake up knowing that good is being done for children – that what I’m doing brings out the best in people.”

Born to a working class family in San Francisco, Bowen studied creative writing and semantics at San Francisco State University before taking up acting and, later, directing. In the mid-1970s, she was working on a radio play at Francis Ford Coppola’s American Zoetrope recording studio. While there, she witnessed the dramatic protests of elderly Filipinos being evicted from the International Hotel in San Francisco. Her first film, about the protests, shared the Grand Jury Prize at the 1982 U.S. Film and Video Festival, later renamed Sundance.

Bowen’s experience in the movie business proved useful when it came to navigating China’s complex political culture. Her tenacity and savvy eventually won over skeptical officials, who then became her partners.

The experience shook her deeply. At one point, she broke down in tears. “I looked at myself in the mirror and thought, ‘Swallow your anger, figure out a way to partner with these people and gain their trust, and see if you can’t do something to help fix it.’ So that’s what I did.”

In preparation to launch Half the Sky, Bowen reached out to parents of adopted children in person and on the web, tapping into online discussion groups. She also learned from child development experts, including Dana Johnson, a professor of pediatrics at the University of Minnesota and an expert on health and development issues for institutionalized children, and Chinese doctoral student Wen Zhao, who was earning her Ph.D. in early childhood studies at the University of Nebraska and was essential to the formation of Half the Sky’s “nurture care” philosophy.

With the help of the China Population Welfare Foundation, a Chinese nonprofit, Bowen approached the Chinese government. In 1999 she was allowed to present her proposal at the Ministry of Civil Affairs. “I convinced them to let us try a pilot program in two institutions for one year, and if we couldn’t show amazing results, then they could get rid of us,” she recalls.

Bowen raised a starting budget of $29,000 and returned to China in January 2000 to set up the first programs. Once again, stage skills worked in her favor. “We weren’t sure what we were doing, but we acted like we knew. I was really good at that,” she laughs.

Within six months, the results were visible. Disturbed children stopped hitting their heads against walls. Others began to engage in learning. The government in Beijing took notice.

Speaking on the phone from China, Wang Zhenyao, former director-general of the welfare department at the Ministry of Civil Affairs, and one of the first officials to back Bowen, says he was “so moved by Jenny, who just cared about the children and never stopped.”

“To persuade the government is a very difficult thing, with the NGO (nongovernmental organization) registration, the cooperation, the conflicts involved,” Wang says. “Her behavior moved local officials, and she established this big team where other NGOs could not. Jenny is a hero in China. We didn’t know how to care for orphaned children, but Jenny knew. She changed me, and she changed the culture.”

While still facing the obstacles of some resistant local authorities and untrained state workers, Half the Sky – no relation to the initiative of the same name inspired by writers Nicholas Kristof and Sheryl Wudunn – worked with early child development experts to transform China’s welfare institutions, city by city.

In 2005, the Chinese government acknowledged for the first time that nurturing is as important as food, clothing and shelter for orphans. At Children’s Day in 2006, President Hu Jintao said China “must mobilize the whole society to share in love and care for the orphans, to bring them to the same level as other children.”

A year later, Half the Sky formed a groundbreaking partnership with officials in Beijing to help design China’s new national child welfare program. Through the Blue Sky Plan, the government is investing $300 million to build 300 model orphanages. In addition, Half the Sky is helping to train the all the nation’s welfare institution workers – some 11,000 employees – during the next five years.

Half the Sky is also building an online system for the government to connect China’s caregivers in forums and discussion groups and enable them to take childcare certification courses.

Bowen received the American Chamber of Commerce’s Women of Influence Entrepreneur of the Year Award in 2007 and the Skoll Award for Social Entrepreneurship in 2008. She was the only American selected by popular vote to run on Chinese soil with the torch during Beijing’s Summer Olympics. In June, her organization’s newest effort to help train welfare workers across the country was honored in a ceremony at the Great People’s Hall in Beijing.

Luo LiNa, a young woman who grew up in an orphanage in Sichuan province, was the recipient of a college scholarship, one of hundreds Half the Sky provides each year, which allowed her to study at Beijing University from 2006 to 2010.

In a thank you note to Bowen, Luo wrote: “Today I’m a college graduate pursuing my passion for art. In the past, it was unheard of for a little disabled orphaned girl like me to have a chance at a bright future.”

2015 Update: The nonprofit formerly known as Half the Sky Foundation is now OneSky for all children. It has trained more than 13,000 caregivers to provide responsive child care that emphasizes nurturing and creativity, and has deployed an online system, 1jiaren.org, to connect China’s caregivers in forums and discussion groups and enable them to take childcare certification courses. OneSky’s work has affected the lives of more than 126,000 Chinese children.