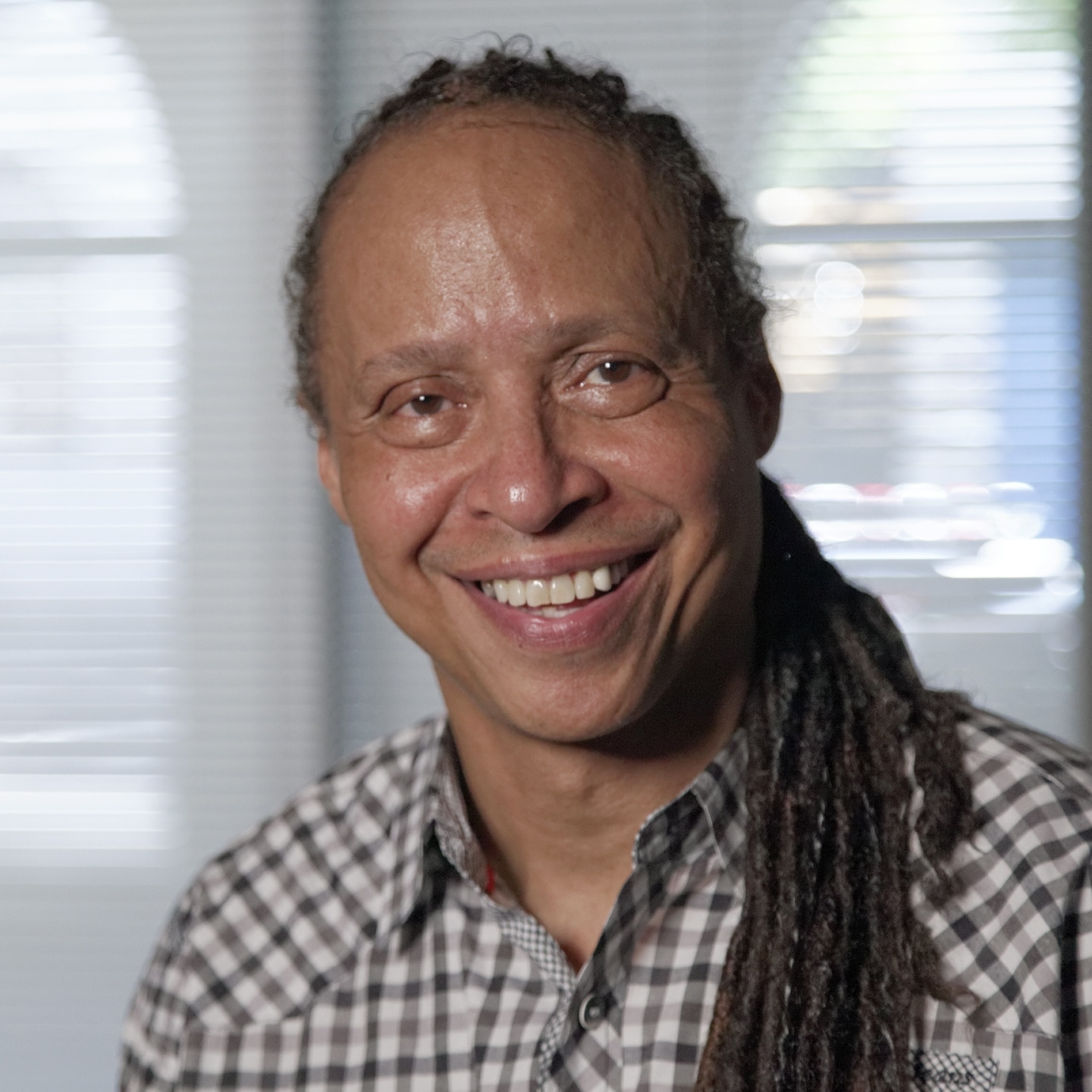 This former Black Panther has created a refuge where young people can escape the violence in their lives, learn leadership skills and create art for social change.

Jamal Joseph was used to hearing gunshots and sirens. The crack epidemic was raging hard in Harlem in the late 1980s; gang battles were common. But in 1997, everything changed. A 16-year-old neighbor was shot and killed in a nearby housing project. As Joseph’s wife and other women tried to console the boy’s devastated mother, Joseph stood apart, helpless and angry.

Joseph, an award-winning filmmaker and Columbia University professor, was no stranger to street life. He grew up in foster care in the Bronx, joined the Black Panthers at age 15 and served time for Panther-related activities. And Joseph was still mourning the 1996 murder of his godson Tupac Shakur. He had three children of his own. The dead boy could have been one of them.

“I felt incapable of doing anything about the violence and despair that was taking young black lives right outside my window,” he says.

Instead, Joseph stayed put, and tapped the social activism that drew him to the Panthers decades earlier. As the volunteer artistic director of a youth arts organization in downtown Manhattan, Joseph decided to bring arts for youth to Harlem – to create a refuge from the streets and help kids make sense of their immediate world. “Kids in our community didn’t feel safe, and they felt hopeless,” he says.

His vision: blending music, dance, drama and leadership. “Young people would learn to tell and perform their own stories and carry their message from the stage into their own lives and neighborhoods,” he says. “They would learn and practice art for social change.”

IMPACT Repertory Theatre began in a community-center basement with nine students – including Joseph’s three children. Within a year, 75 kids had joined.

Today, some 1,500 young people have been part of IMPACT in New York. (Another 4,000 youth have participated in IMPACT-led workshops at schools and community centers in New York, Philadelphia and Atlanta.) They study peer leadership, conflict resolution and time management. They write about bullying, gangs and racial profiling; they perform at Lincoln Center and the United Nations and at schools, nursing homes and prisons.

In 2002, IMPACT’s curriculum became more rigorous, starting with a 12-week, intensive “boot camp,” during which children name their dream colleges before receiving their coveted IMPACT T-shirt. Workshops in conflict resolution and peer leadership run in tandem with creative-writing and music sessions. Boot campers commit to regular community service and keeping up their grades; they are also required to keep journals of their experience and participate in regular exercise. About 75 percent of IMPACT youth who stay with IMPACT through high school graduate and go on to college.

IMPACT alum Vernon-James Riley says the approach works. “Every day, I hear an inner voice that reminds me that I have the ability to be an agent of change and transformation wherever I go,” says Riley, who spurned offers to attend law and business school after graduating from Yale to become a teacher; he has since earned two masters degrees and serves as an acting principal of a Newark, NJ, high school.

A protected refuge and safe space are central to IMPACT’s mission; their absence for many children – and another child’s death by gunfire – convinced Joseph to make IMPACT his encore career.

In 2003, a teenage girl died after an accidental shooting. When Joseph brought it up in workshop, two girls said they knew the victim. Another girl knew the shooter. “I had no idea it was that close to home,” says Joseph. He asked the kids how many had ever heard gunshots. Nearly all said they had.

“I realized then that this was not a hobby,” Joseph says. “This was a mission. It wasn’t just feel-good work or artistic-enrichment work. We were on the frontlines of a war, and this was life and death. I had to equip these kids with some skills that would save their lives.”

Joseph understands the struggle. As a teen, he was picked on for being smart, and he learned to defend himself against bullies. He had encounters with the police, including the night of Rev. Dr. Martin Luther King, Jr.’s assassination, when Harlem’s 125th Street was thronged with angry protestors. “I hadn’t been in the middle of something that intense before,” he says. He was 15 years old.

The country mourned and simmered. So did Joseph. That summer, he saw news reports of Black Panthers standing up to the police. “The Panthers felt like they were taking on the biggest bullies of the block, the cops and the U.S. government,” he says. “I was all for fighting bullies.”

Through word-of-mouth, he made his way to a Panthers meeting in Brooklyn expecting to be armed with a gun. Instead, Joseph was handed the “secret weapon of the revolution”: a stack of books, including “The Autobiography of Malcolm X” and “Quotations of Chairman Mao Zedong.”

Joseph’s training went beyond learning to use a weapon. “Your career wasn’t just being mad,” he says. “Most of your day in the Panthers was social service. We were saying, the system is exploiting people, and there’s no reason for this kind of poverty and neglect.”

After less than a year with the Panthers, Joseph was arrested and held for 11 months on Riker’s Island. (He was acquitted.) Arrested again in 1982, Joseph was sent to prison in Leavenworth, Kansas, on a conviction related to hiding individuals implicated in the Brink’s armored car robbery.

After his release in 1987, Joseph focused on work and art. In 1998, he joined the faculty at Columbia University, where he later chaired the film division of the School of the Arts. Since Leavenworth, he has written, directed and produced multiple films and documentaries and has written a biography of Tupac Shakur and a memoir, “Panther Baby.”

To Joseph, these accomplishments pale next to the 2008 Academy Awards, when 30 IMPACT youth sang “Raise It Up,” a nominee for Best Original song, written by Joseph and IMPACT members. He marveled at being on stage that night “because of a dream that began in a basement with a group of kids from Harlem,” he says. “And how amazing that these 30 young people are having a moment where the whole world is watching and listening – to them.”

In 2014, IMPACT began a new chapter, the Generations Project, an initiative that fosters intergenerational connections, inspired by the late actress Ruby Dee, a longtime supporter. “Usually kids don’t want to be around older people,” says Joseph. “They’re starting to understand that aging is cool.” The Generations Project gives IMPACT teens the opportunity to meet with older adults affiliated with Healing Arts, Inc., Harlem Hospital and Harlem Mothers Save (a group of mothers who have lost children to gun violence) and share songs and stories.

At a late-May workshop, the stories flowed freely. Two seniors spoke about losing a child and grandchild to gun violence. Another described raising her four grandchildren. A teacher talked about students who have tried to commit suicide.

The kids shared stories, too. One 13-year-old girl who joined IMPACT five years ago described being bullied because of a stutter, now gone. Another girl asked the teacher for advice; her best friend was cutting her wrists. “It is hard,” said the teacher. “You can’t just stay ‘stop.'” Her empathy built a bridge across the decades.

Joseph dreams of a permanent home for IMPACT and enough money to grow the six-person part-time staff (five are IMPACT alums) and train others in IMPACT’s approach. Joseph takes no salary for his work, which he calls “my thank-you to the universe.”

Access to a program like IMPACT as a teen, says Joseph, “would have been life-changing. My mentors said the only way to change the system is to tear it down, and the only art that matters is revolutionary art.”

He sees IMPACT as his second chance.

“I feel like my life truly has some meaning and some value,” he says. “I have something so joyful to wake up to in the morning, every morning, knowing that I do this work.”