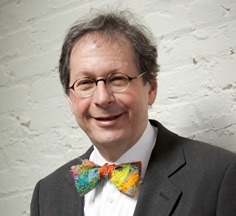 Reese provides a sanctuary to writers exiled under threat of persecution or death in their home countries.

Henry Reese has always been an avid reader. But more than 30 years ago, instead of pursuing a literary career he and his brother turned a $700 investment into what eventually became the largest private U.S. telemarketing and call center business. Yet Reese’s love of books persisted. In 1997, when he learned at a talk by author Salman Rushdie about a European network that provides sanctuary to exiled writers, Reese vowed to one day focus on literary arts causes.

Six years later, he sold all his assets and put $2 million into developing the City of Asylum/Pittsburgh (COAP). The organization provides exiled writers facing persecution or death threats in their home countries with two years of living stipends, medical benefits, translations of works and extended rent-free residence. COAP is the newest of four U.S. asylum cities in the North American Network of Cities Asylum. Four exiled writers have taken refuge at COAP, including poet Huang Xiang, who spent 12 years in prison and labor camps in China for his writings.

COAP’s impact has also been local. It sponsors readings, music and other arts events that are free and open to the public. Such activities have helped transform Sampsonia Way – an alley in Pittsburgh where Reese and his wife live – from a fault line stressed by crime, gentrification, poverty and race, into an international literary corridor bridging the divides in the community. More than 130 artists from 30 countries have visited since 2005.

“I realized that the exiled writers, foreign languages and literature could be a way to engage rather than divide, that access – not lack of interest – was the key barrier,” says Reese, who hopes to replicate COAP’s approach nationally.