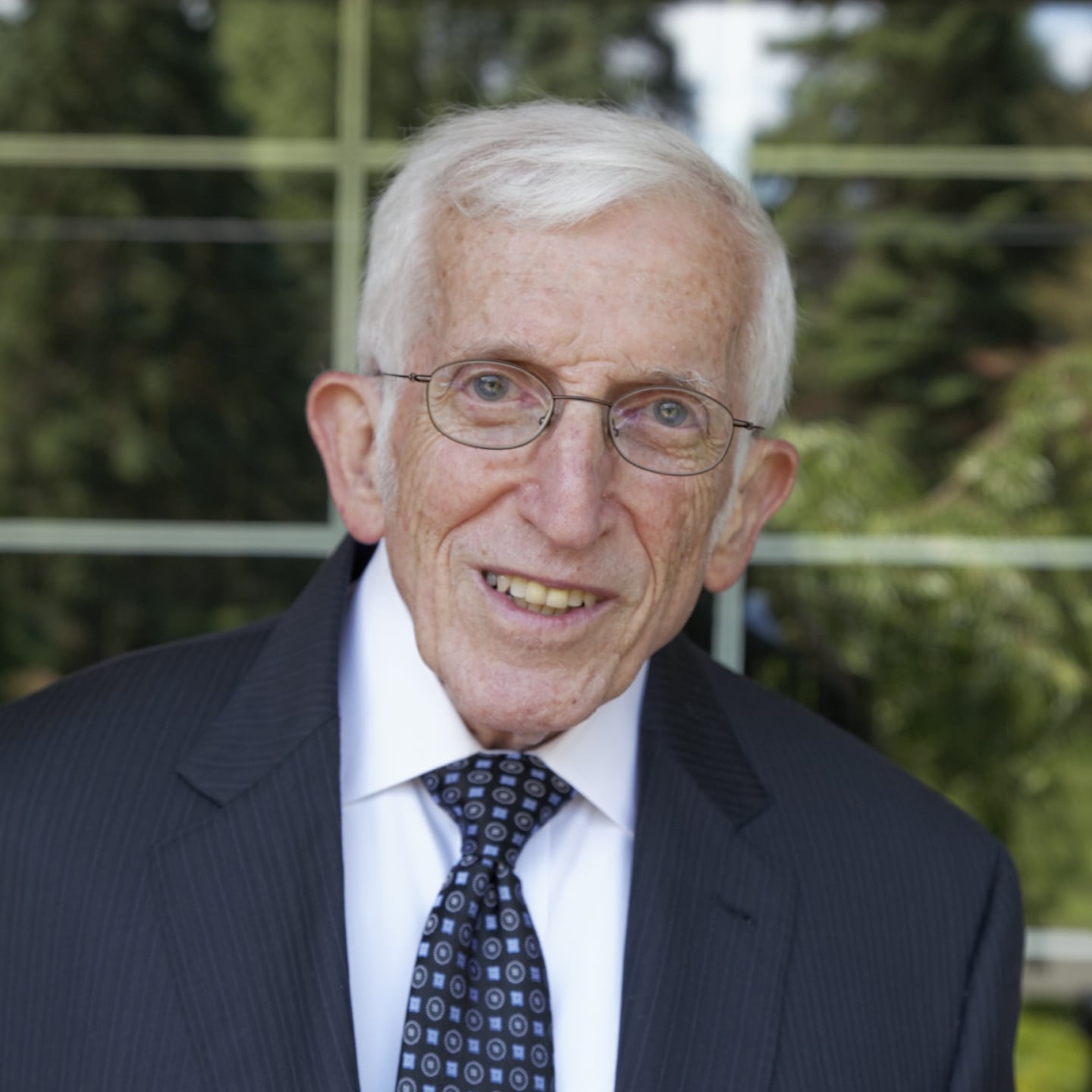 Dr. Samuel Lupin was nearly halfway through the 45-mile commute from his home in Rockland County, NY, to his medical office in Brooklyn when his cell phone rang. Lupin’s critically-ill daughter Lois, who lived in his home, needed him. Something was wrong with her ventilator, and he had to turn back.

Caught between the emotional demands of caregiving and his deep commitment to his patients, Lupin realized his life had to change.

It was 2004. No one would have faulted Lupin, then 66, for retiring. But instead, he moved into a high-touch, low-tech practice model that gave him flexibility: House calls, instead of office hours.

Lois died a year later. Lupin was devastated. “When a parent loses a child,” he says, “there is absolutely nothing, zero, zip, that provides comfort.” But Lupin had become attached to his frail, elderly and often-homebound patients and felt that seeing them honored Lois’ memory. “Because of her, I got involved in this,” he says. “You sort of feel like, these are my patients, this is my extended family, and they need me much more than patients in an office.”

Little did Lupin know that a decade later, his encore venture would grow from a one-doc shop into a thriving multigenerational practice. With seven doctors and a nurse practitioner on board, along with a cadre of medical assistants, Housecalls for the Homebound has brought essential medical care to more than 4,000 patients in the greater New York City area. Lupin’s grandson Daniel Stokar, 29, manages the business with a system created by Avi Stokar, Lupin’s son-in-law and Daniel’s father, 53. Lupin, now 77, oversees the unconventional family business.

With Housecalls for the Homebound, Lupin and the Stokars have brought 21st century smarts to the old-time practice of medicine, permitting doctors to focus on patients who otherwise would not have access to consistent medical treatment, cutting hospitalizations, and creating a scalable, replicable model that could potentially save billions while providing a high standard of care.

Housecalls’ patients, most over 80, typically suffer from multiple chronic conditions, often with superimposed acute illnesses that require active treatment. Their profoundly limited mobility means that medical care visits before Housecalls were rare. Too often, both chronic and acute needs were neglected, as is true for the estimated two million elderly adults who are homebound nationwide. Beyond the human costs to health and spirit, the economic costs are staggering.

Homebound patients often turn to hospitals for emergency medical care. A single hospitalization can cost Medicare anywhere from $6,000 to upwards of $100,000. Housecalls’ patients see doctors about once a month; after they begin getting regular care, their hospitalizations drop dramatically, from an average of three to five a year to two or less.

That drop means savings for hospitals that are required under the Affordable Care Act to reduce readmissions within 30 days or face docked Medicare payments. Housecalls partners with hospitals to support patients after they’re discharged and has also joined with managed care organizations to support patients and reduce costs following hospital discharge. “The improvement in this patient population that we’re taking care of is so striking,” says Lupin. “It’s an unbelievably great feeling.”

Making house calls harkens back to Lupin’s inspiration to go into medicine. Growing up in New Orleans as one of six children, the family’s pediatrician was often at Lupin’s home. “I just took to him,” says Lupin. “He was always smiling and friendly.”

After graduating from Tulane Medical School and serving in the U.S. Navy, assigned to the Marines, Lupin served as assistant clinical director of Charity Hosptial in New Orleans, during which he created innovations in emergency room triage systems. Later, he established a busy private practice in New Orleans and managed a dialysis unit. But the educational opportunities for his five children were better in New York, so the family relocated in 1979, and he went into practice in Brooklyn.

After years of 12-hour days and grinding commutes, Lupin promised his wife he would retire at age 70. But as that date approached, grandson Daniel spotted an opportunity to grow his grandfather’s modest, portable practice and scale the patient base.

“I didn’t know what Daniel was talking about,” Lupin says. “To my generation, ‘scale’ meant what we weighed patients on.”

Lupin agreed to postpone his retirement for six months while Daniel worked to expand the business, which they named Brooklyn Housecalls.

Daniel wanted to bring in new patients, so grandson and grandfather visited senior centers, assisted-living facilities and organizations that served the homebound. “We actually made a pretty good team,” says Lupin. “I call him our built-in people person. He was like a pitch man for Housecalls.”

Within a year, as Housecalls grew, Daniel’s father Avi, an IT specialist, joined the team. “It’s a perfect partnership,” says Avi. “I had a lot of experience building an organization and technology.” His specialized system helps the doctors reach patients quickly, with immediate access to their medical records and treatment. “Dan is much more outgoing and meets people in the industry. Dr. Lupin had the medical part of it.”

The result blends entrepreneurship with good medicine. Housecalls’ medical assistants lay the groundwork – they drive and handle parking; coordinate medications; enter vital signs into a computer, perform EKGs and request at-home blood tests and x-rays – that permits doctors to spend more time examining patients and chatting with family members or caregivers. Visits spool out into conversations of 25 to 30 minutes. Doctors make about 12 house calls a day, and because all records are computerized, any Housecalls doctor can step in to see a patient, as needed. In practice, however, substitutions are rare: most patients see the same doctor 80 to 90 percent of the time.

Doctors are grateful to be freed from the administrative hassles. “I actually practice medicine,” says Gil Rotor, 55, who has worked for Housecalls for four years. “Private practice is difficult. You wind up having patients waiting for ages in the office. You can’t spend enough time. You feel under stress.” He now does the work that inspired him to attend medical school. “We get thanked a lot. I didn’t get thanked before.”

It’s better for patients, too. “It’s more comfortable,” says the granddaughter of one of Rotor’s patients in Canarsie, Brooklyn. “You know everybody. It’s the continuity of care. They catch things faster.”

Lupin stayed on long past his self-imposed retirement deadline. Although he stopped seeing patients in 2011, he continues to serve as medical director, overseeing quality review, interviewing doctors, planning and conducting quarterly medical meetings with staff and consulting on medical questions. “To me it’s a big thrill that we were able to do this within the family,” says Lupin. “I really wanted to make sure patients are cared for well. I created the concept, and Daniel and Avi perfected it.”

Housecalls has expanded from its humble Brooklyn roots to all five New York City boroughs and New Jersey. It’s gone much further than Lupin or anyone ever imagined. “There’s a legacy involved,” says Daniel, who calls the work his grandfather’s “pièce de résistance of a whole lifetime of helping people.”

For Lupin, the project continues to connect him to Lois. “Ten years fly by, but the minutes don’t,” he says. “Doing something that reminds me of her fills the vacuum. Hopefully, this will have a lasting impact. Everybody likes to feel they’ve accomplished something that will outlast them.”