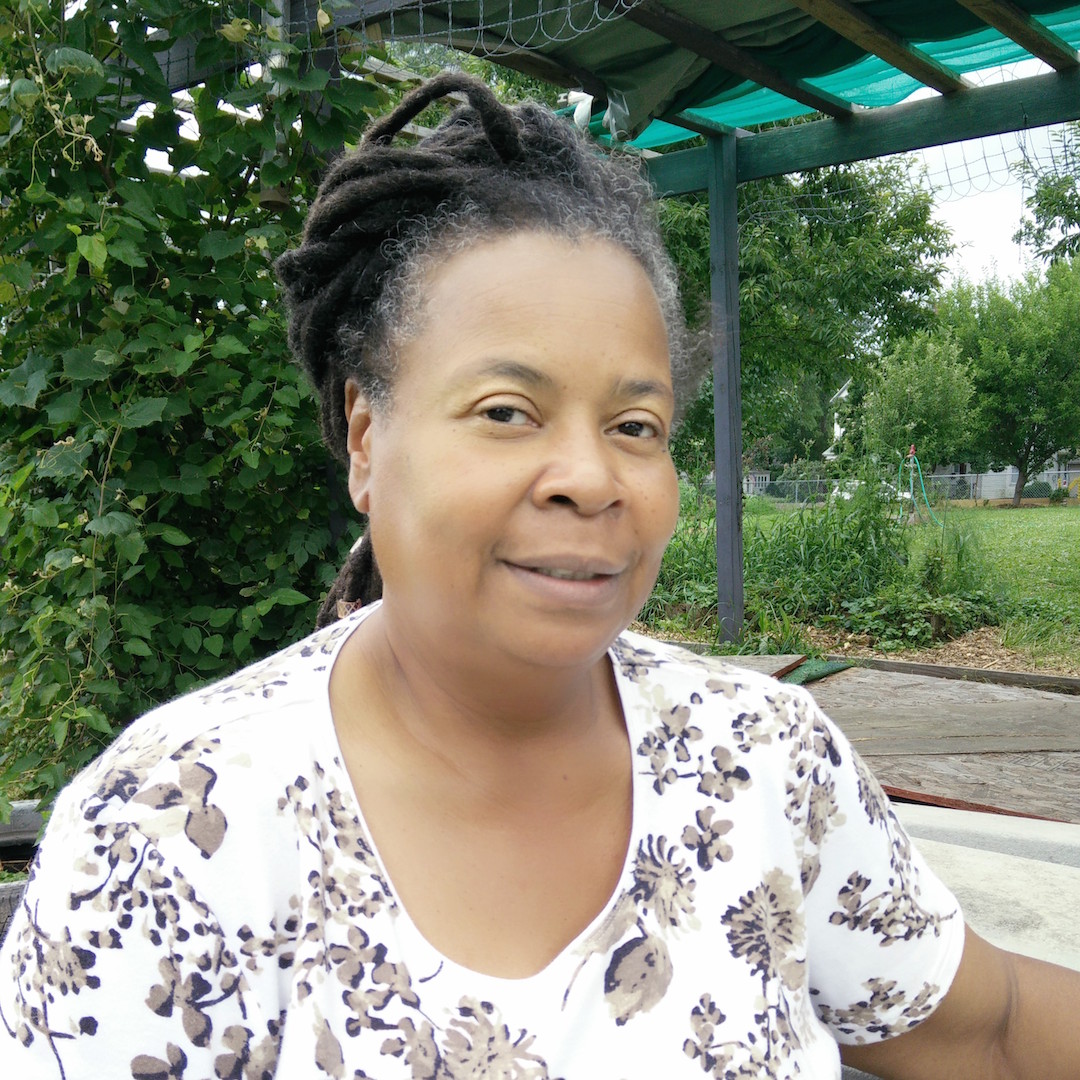 I was a city girl who had worked in a family catering service and in restaurants, but I did not know a thing about gardening. Then, in 2003, I started gardening with 10 neighborhood children.

At the time, I had a dress shop on the footpath between my church and their school, and the children would stop in for a drink of water. Next thing I knew they were in the back of the shop doing homework. One day I gave them some fresh peas. I knew peas didn’t come from the grocery store basement, but some of the children did not. I just wanted to show them where food came from.

It hadn’t occurred to me until then how far it was to the grocery store. Our area is considered a food desert by the USDA: local residents can’t buy healthy food within walking distance, and four in ten don’t own cars. You could buy all the junk food and fried fish you wanted, but you couldn’t buy an apple, orange or banana. I found myself giving people rides to the grocery store, and I started thinking, ‘This would be a lot easier if people could grow their own food.’

We started gardening with one bed, 16 feet by 16 feet, and 10 kids, growing tomatoes and potatoes. The children were so excited. It was like magic for them. And sometimes, it was magic for me, too.

The garden began as the project of an urban studies grad student and continued under the leadership of University of Illinois Master Gardeners. But in 2006, the garden faced foreclosure. No one wanted to continue. I knew what it meant, so I became the volunteer steward, and the Randolph Street Community Garden was born. To fund the garden, I took a part-time job at FedEx.

We have 65 beds now. When people come to church for food assistance, their eyes light up at the sight of fresh tomatoes, beans and potatoes. I recruit them to become gardeners and offer them a bed of their own to plant.

Now we have families growing their own vegetables, and community members purchasing affordable food at our marketplace. More than 1,800 people received fresh produce, and we gave away more than 4,000 pounds of surplus prepared foods. The number of people coming to church for food assistance in the summer growing season has fallen.

But the garden is about more than just food. Our community members range in age from three to 93, and speak Arabic, Berber, Chinese, English, French, Korean, Portuguese and Spanish. We have a lot of divisions in our community, but in the garden everyone is the same.

Today, I am scouting additional locations. I would like to see multiple community gardens, with stewards trained and mentored by us, planting in new areas and continuing our work. I feel so comfortable and so at home in the garden that I’m amazed I never did it before.