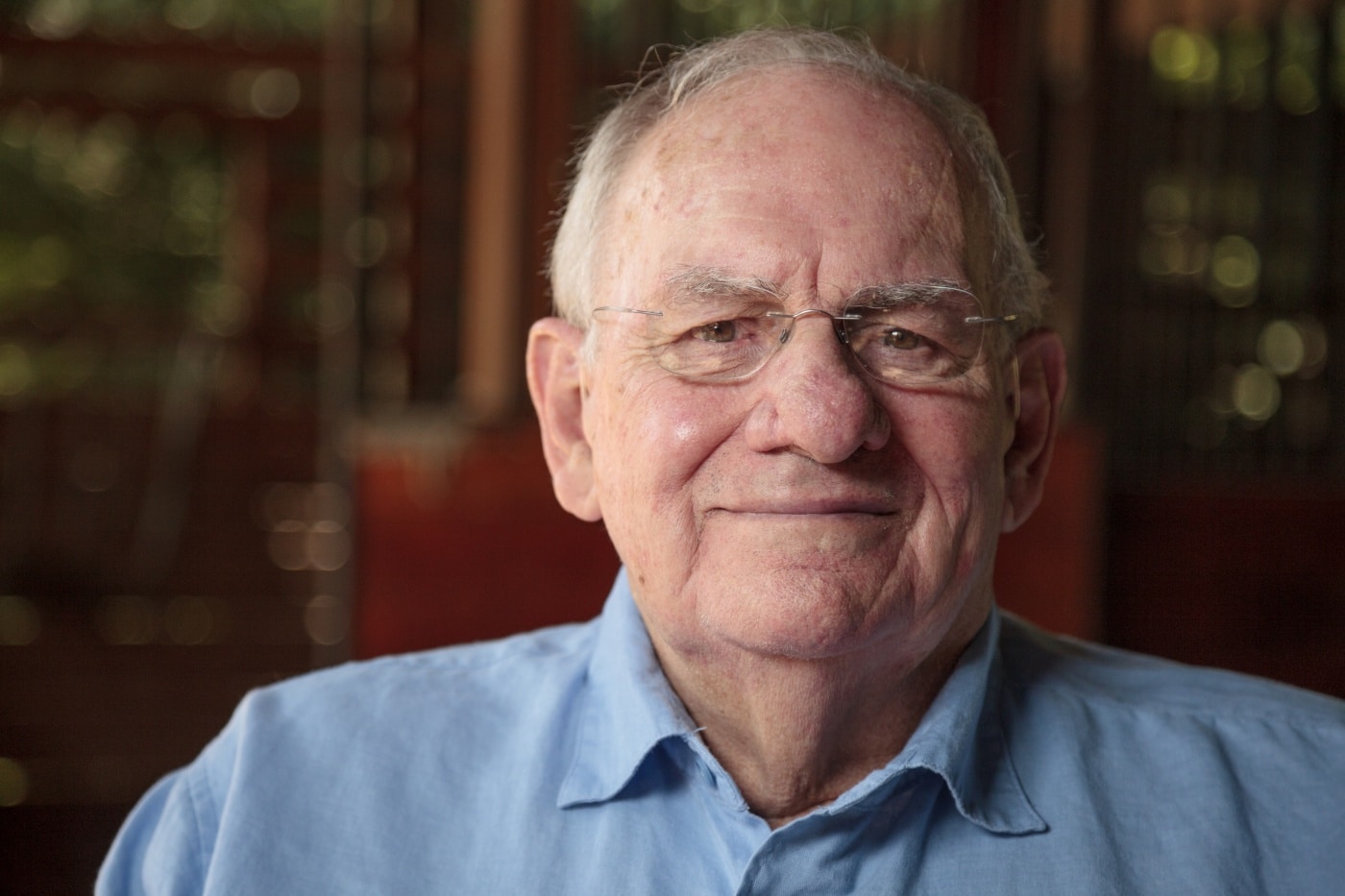 Once a telecom exec, he has created a global network of therapeutic riding centers serving children with disabilities – free of charge.

Two tumultuous decades in the telecommunications industry took a toll on Charles Fletcher’s income and his spirit. When he retired in the 1990s at the age of 58, he found some peace of mind through volunteering at a Dallas-area equine therapy center for children with disabilities. The special connection he witnessed between the children and horses was both restorative and intimately familiar, as he had been around horses since he was five. But Fletcher thought the program was falling short. It could do more than offer feel-good pony rides. It had the potential to heal.

And then there were the kids who never had a chance to climb into the saddle at all. Fletcher saw many cash-strapped families turned away. That feeling, too, he remembered from his childhood growing up poor in Tennessee, spending years working in cotton fields and factories before he saved enough to buy his first horse.

After several years of volunteering, Fletcher one day overheard an instructor raise his voice at a 7-year-old girl with autism, demanding that she look him in the eye. She wouldn’t. Like a lot of kids with autism, she couldn’t. After the lesson, Fletcher led the little girl away on her pony. Within a few quiet moments, she raised her head, looked him directly in the eye, and smiled.

That moment inspired Fletcher to figure out new ways to provide therapy. The children deserved a program based on science, and Fletcher felt a deep passion to provide that to them. “I knew I wanted to help these children in a big way,” Fletcher says.

He spent countless hours searching the Internet for innovative, game-changing equine therapy methods. He reached out to medical specialists, learned about brain development and began building a network of experts.

Cash-strapped but committed, he plowed his Social Security checks into launching SpiritHorse. In 2001, though money was tight, Fletcher, then 63, opened the gates of his ranch in Corinth, Texas with just three riders and two ponies, Fudge and Snowflake.

Word quickly spread, mostly through referrals from parents and doctors, and Fletcher launched an encore career that has since changed more than 5,000 lives worldwide.

True to Fletcher’s vision, the program provides all of this at no charge. “We went into this with two very big goals: To develop sophisticated methods of healing, and to deliver them for free,” Fletcher says.

One of five children raised by a struggling widow, Fletcher knew firsthand what it meant to strive for financial stability. He started out at 18 working for AT&T, earning $42 a week, and from there climbed the corporate ladder.

His volunteering began in his 40s when one day in church, the pastor called for volunteers to sit with children with disabilities in their congregation. Fletcher stepped forward. At first, he was uncertain how to interact with the kids. “I prayed that God would help me become comfortable around them. He might have overdone it a little,” Fletcher says with a laugh.

His desire to have an impact in the lives of children with disabilities keeps SpiritHorse open from 8 am to 8 pm, seven days a week, with a steady stream of cars arriving at the center on a hilltop 30 miles north of Dallas. Each client is paired with one of 32 horses or ponies, many with child-friendly names: Tigger, Eeyore, Peter Pan, Buttercup. The riders have a variety of medical conditions, including autism, Down syndrome, cerebral palsy, multiple sclerosis and spina bifida. They range in age from 9 months to 82 years old.

Fletcher’s innovation is the particular therapy offered during lessons. Children work on skills such as speech, balance, core and leg strength and social interactions. For roughly 65 percent of clients, it is the only therapy they receive.

For children who are unable to talk, instructors might put them on a saddle with two digital recorders, one on the left, the other on the right. With the push of a button, one recorder says, “Go!” and the other, “Trot!” Kids learn to push the buttons, thrilled to make the horse move. Before long, many children try to speak the words themselves. Since SpiritHorse began, 118 children have spoken their first words atop a horse. Every time, it was “Go!”

Sixty-three children have also walked their first steps and sixty have sat up independently for the first time ever. Two independent studies conducted at SpiritHorse by The University of Texas Southwestern Medical Center and Vrije Universiteit Amsterdam have documented significant decreases in autism symptoms. Twelve children originally diagnosed with autism have achieved the designation ‘non-autistic.’ These outcomes have garnered the attention of University of North Texas and the Autism Treatment Center, which are studying the impact of equine-assisted healthcare as a result of Fletcher’s work.

The impact of SpiritHorse has traveled far beyond the ranch. Fletcher and his staff have trained and licensed 91 other centers in the U.S., South America, Africa and Europe, making SpiritHorse one of the largest and only research-based therapeutic riding centers in the world for people with disabilities. These centers must operate as self-sustaining units — raise their own funds, hire their own trainers — but Fletcher offers free guidance every step of the way.

One recent morning on the ranch, eight-year-old Joshua Leonard hopped out of a minivan and raced toward the barn, eager to see his favorite horse, a gentle buckskin gelding named Pooh Bear.

Trailing behind Josh, who has a form of autism called Asperger’s syndrome, was his mother, Allison. She believes the program helps Joshua develop muscle tone and improve his social skills. “It’s a really kind place to come to,” Leonard said. “Here, Josh is accepted just as he is. There isn’t a set of expectations he has to meet that he isn’t ready for.”

As Joshua worked the brush through Pooh Bear’s mane, he turned to his instructor, asking excitedly, “Can we trot today?”

“We’ll see,” said Crystal Wayne, laughing. The 43-year-old instructor, an army veteran, began at SpiritHorse as a volunteer. After a tour in Iraq, she suffered from post-traumatic stress disorder. She sometimes heard phantom artillery fire and ducked for cover. After her attempts at therapy failed, Wayne decided helping others might help her. So she headed to SpiritHorse.

She spent hours in a sunlit back pasture, brushing the mane of her favorite horse, Rossini. Their breaths would fall into the same rhythm, filling her with a sense of calm.

After a couple months, Fletcher, impressed with Wayne’s rapport with the horses, asked if she would like to join the staff and launch a program to help veterans. “I tell people, ‘If you just want to ride a pony, you need to go somewhere else,” Wayne says. “We’re here to help people heal.”

And the community has noticed. Many of the horses have been donated or sold to the ranch at a deep discount. The rose bushes that dot the property were donated and planted by Eagle Scouts. Four locked boxes accept anonymous donations, which draw about $30,000 annually.

Fletcher, now 76, has put his land in a trust for the nonprofit, and his brick-ranch home of 39 years is now SpiritHorse HQ. He believes every step along his journey has led him toward this encore calling. “No matter how old you are,” says Fletcher, “it’s never too late to find your purpose.”

In recognition of his extraordinary encore work, Charles Fletcher was awarded The Purpose Prize in 2014.