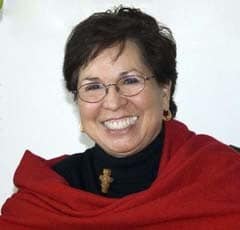 Alicia Cuaron was a successful corporate executive and prominent Latina leader. Then, after a series of personal crises that profoundly impacted her life, she resigned from the company she founded and became a Franciscan nun.

Cuaron was assigned to a Catholic parish in a low-income, largely immigrant neighborhood in Denver. She realized there was a critical need for education and support services for Colorado’s rapidly expanding Spanish-speaking immigrant population.

“I realized that I needed to utilize all my skills, knowledge and expertise to assist others who did not have the opportunities I had,” says Cuaron.

She created the Bienestar Family Services program, a component of Centro San Juan Diego Office for Hispanic Ministry of the Archdiocese of Denver, to help recent immigrants successfully integrate into U.S. society. Bienestar (which means “well-being” in Spanish) seeks to use education as a way to break the cycle of poverty for these immigrants by providing holistic, culturally relevant adult education programs, civic development courses, employment training and family support services.

When the program began in 1998, 300 families participated. By 2009, more than 7,300 individuals received services. Cuaron plans to continue to have a lead role in developing the Bienestar program, including involvement in the creation of a college and career preparation program for high school youths.