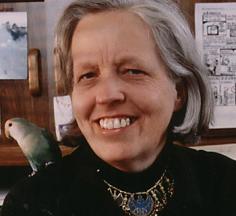 Promoting the editorial visibility and economic viability of ethnic media

Alexandra “Sandy” Close, founder of the Pacific News Service, launched New California Media in 1996 to unite ethnic and youth media outlets under one news service, giving them far greater reach and economic viability. Youth media had been of interest to Close for some time, who at Pacific News Service had broadcast the work of both lower income and incarcerated youth writers. Ethnic media are the primary source of news for more than half of California’s new ethic majority. In boosting the visibility of this sector of American journalism, Close hoped to build an inclusive public discourse and to connect lesser known or marginalized ethnic news and youth media to decision makers in government, business, foundations, and academia. The organization expanded to include 2000 outlets across the country and was renamed New American Media. The resources provided by New American Media include a news wire streaming the work of its own writers and editors; an ethnic media association; a marketing service to provide greater access to advertising dollars; and a multilingual polling program to gauge the views of non-English speaking and ethnic minority populations normally excluded from mainstream public opinion surveys.