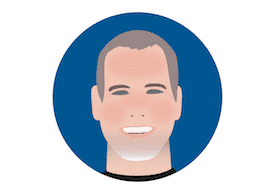 “Through the Institute for Empowered Aging at United Neighborhood Houses of New York, and by partnering with settlement houses and community centers far and wide, I work to raise the voices of older people as the powerful community asset we are, harvesting and empowering our skills, talents and passions for the greater good.”

Terry Kaelber is the Director of Community Engagement Projects and The Institute for Empowered Aging at United Neighborhood Houses of New York (UNH). While at UNH, he directed New York’s participation in a six-year national initiative to demonstrate the impact older people can have to drive change and strengthen their communities.

Prior to working at UNH, Kaelber was the executive director of SAGE – Services and Advocacy for GLBT Elders, a delegate at the 2005 White House Conference on Aging, a recipient of the SHARE Award for Innovations in Aging from the University of Pennsylvania, and director of the Neighborhood Ownership Works Program for the City of New York. Kaelber has presented widely on aging issues throughout the U.S. and in Europe, and holds an MPA degree from the Maxwell School at Syracuse University.

We use cookies to personalize and enhance your experience on our site. By clicking Accept, you agree to our use of cookies for the purposes listed in our <a href="https://encore.org/privacy-policy/">Privacy Policy</a>.
Manage options Manage third parties Manage vendors Read more about these purposes
View preferences
{title} {title} {title}