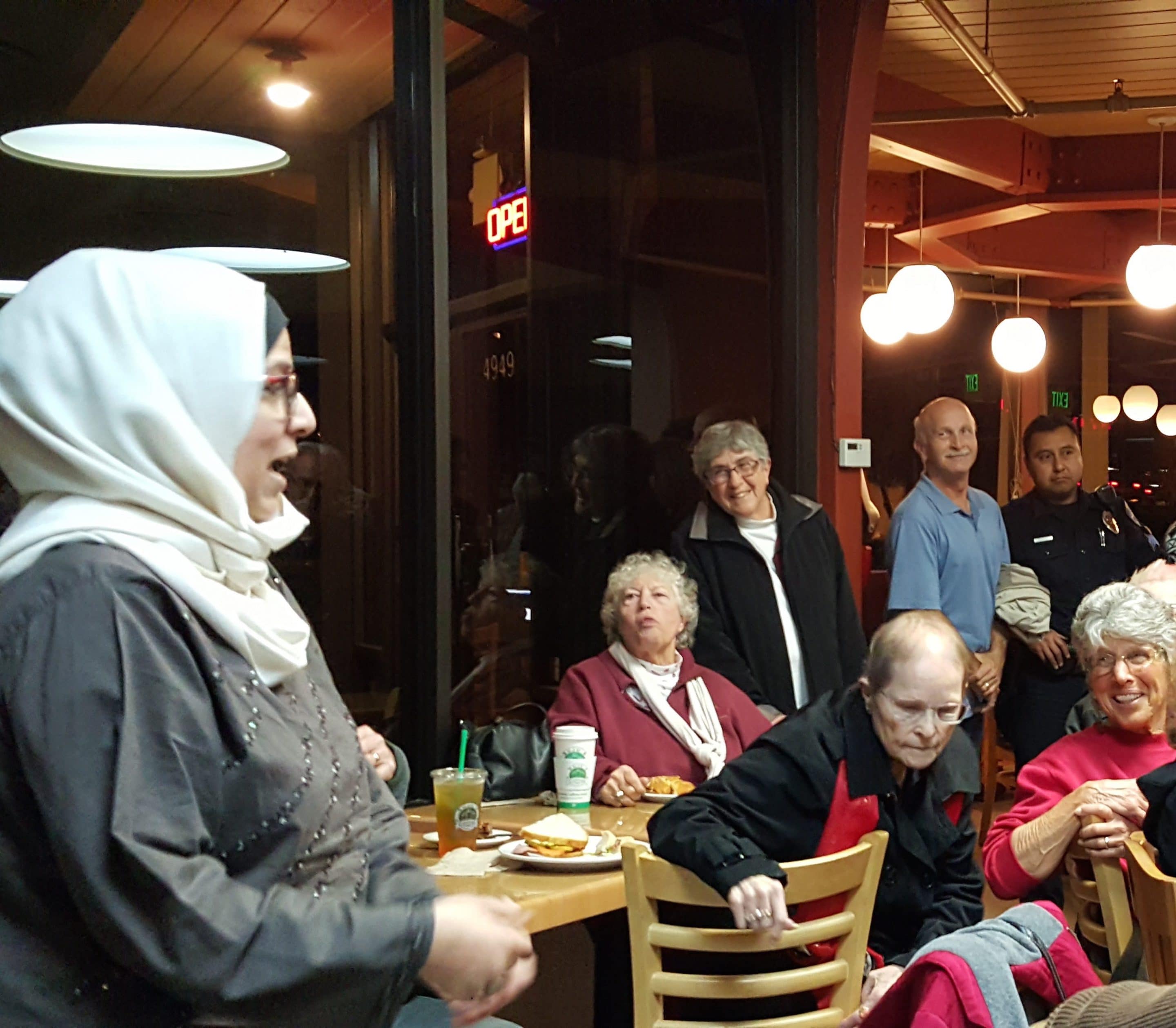 I am a Muslim by faith, originally from Pakistan. I ran a computer sales business for 12 years, but after the dot-com bust, business started slowing down.

Then 9-11 happened and completely changed my life. I decided I was not going to be a victim and sit at home and cry. That was when my community activism began.

Fremont, California where I live is an extremely diverse community. I felt I needed to educate people about who I am, by doing what my faith teaches me. In the Muslim faith, we are taught from childhood to know our neighbors in 40 homes within our radius, to make sure everyone is doing well, has food on the table. These are the values we grow up with.

I started small – just talking to people while standing in lines, wherever I could find a chance. I worked on interfaith relations and, at age 56, began serving as a volunteer “ambassador” with a city program known as CAPS, counseling new immigrant seniors who don’t speak good English, don’t know whom to call or where to get help. We help with everything from emotional issues in families to finances and housing. I hold their hand, speak to them in their language, take them to the social service office, help them fill out forms and get through the system. It’s satisfying, gratifying and humbling. The work makes me feel wonderful in being able to help in meaningful way.

Then, in December of last year, another terror attack, this time in San Bernardino, California, shook me to my core. I realized that, in the work I had been doing to promote tolerance, I was always preaching “to the choir.” After San Bernardino, I wanted to reach “the masses,” or at least people who might have never met and spoken to a Muslim before.

My idea was to sit in a coffee shop and invite people to join me in a conversation. I called it “Meet a Muslim” and I put an ad in the paper. The newspaper told me to be prepared for no one to show up. So I just brought my laptop and planned to do some work. But I didn’t need it.

When I got to the coffee shop ahead of time, there were already 20 people waiting there. By the time it was over, there were over 100. I told them that, yes, I was a Muslim woman in a headscarf, but I was also just an ordinary American person. I have children, I raised them here, sent them to school here. And that what happened in San Bernardino was not the real Islam.

Many wanted to talk about current events, and the San Bernardino shooters. They wanted to know about radical Islam, about Shia and Sunni, the “oppression” of Muslim women, sharia law and more. For the most part, the audiences have been very respectful. A few people made blanket criticisms of Muslims as terrorists, but I nod my head and say that killers don’t represent the true Islam.

I also encourage my Muslim friends to get out into their communities and volunteer, even an hour a week, to show Muslim-Americans as real people who want the communities they live in to thrive.

Many won’t step forward because of fear of backlash, or even fear of the FBI. While they have reason to be cautious, I tell them, “This is not about you. We need to lay this groundwork for our children to have a good life here in America.”

So far, I have staged 11 “Meet a Muslim” events, and have many new invitations to speak at places of worship, schools, mobile home parks and senior living facilities.

My goal is to change one person, one heart at a time. People need to live together with compassion and acceptance. We Muslim-Americans are not going anywhere, no one else is either. And we’re all in this fight against hatred together.