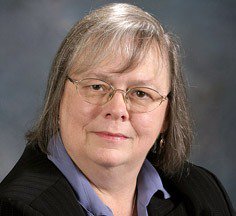 Founder and President
Have Justice Will Travel
Purpose Prize Fellow 2012

Ward helps women and children recover from physical and sexual violence, mentoring them through psychological, economic and educational steps.

Decades after her father physically and sexually abused her, Wynona Ward received a call from her sister with horrific news. Ward’s 7-year-old niece had been abused by Ward’s brother. He was charged with sexual assault.

“This has to stop,” Ward thought – not just for her family, but for women and children suffering everywhere.

Determined to end generational cycles of abuse, Ward, a truck driver at the time, was motivated to go to college and then Vermont Law School, where she pored through hundreds of sworn statements by abused women seeking protection. She learned that many returned to their abusers again and again because there were few resources available for victims to find safe, permanent refuge.

That’s why in 1998, the year she graduated law school, Ward founded Have Justice – Will Travel to provide free legal and support services in Vermont to low-income women taking on their abusive spouses in court.

Since then, the organization has helped more than 10,000 women and children recover from physical and sexual violence, mentoring them through a process of psychological, economic and educational steps designed to help them regain their lives.

“I will probably never see domestic violence stopped in my lifetime,” Ward says. “But we’re beginning to stop the generational cycle of abuse in Vermont. And it can happen in other rural areas in this country.”