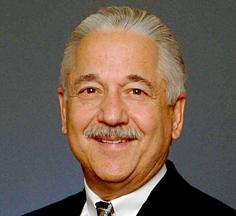 Through his Adopt A Class Foundation, Burwinkel creates a consistent and replicable way for business people to mentor students at the neediest schools.

Successful entrepreneur William J. Burwinkel started a company in his basement that grew into National Marketshare Group, a major consumer sales and marketing company based in Cincinnati. But that wasn’t enough. In 2003, he decided it was time to give something back. He and his employees began a tutoring program at a local public school.

Ten years later, that small program is now the Adopt A Class Foundation, with programs at 28 of Greater Cincinnati’s neediest public and parochial schools. Over 300 business and community group mentors have worked with 7,500 children.

An early hitch in the program led Burwinkel to a crucial insight: many tutoring programs suffer from lack of consistency. In Burwinkel’s case, many of his company’s volunteers were sales people who were frequently on the road, resulting in many missed weekly tutoring sessions. “The kids would say, ‘where were you last week? You broke your promise to me!’”

The new system worked. Applied to every class at a school, a pre-K child will be paired with 10 different mentors by the time he or she graduates from eighth grade, exposing the student to 10 different jobs, career paths, and local businesses or community groups.

Today, scores of organizations have joined the Adopt A Class network to assist with mentoring, testing, tutoring, or providing books, supplies, food and other items. Teacher surveys see the greatest positive impact in improved student social skills and writing, while the business Adopters see gains in team-building and better morale.

To Burwinkel, his encore act is a natural: “Growing up, I learned giving back is not an option, but an obligation,” he says, “No matter what your means.”