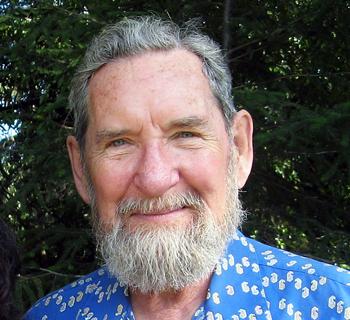 Shaw empowers people living in slums of developing countries to provide their own health and human services.

Shaw had been an elementary school teacher and a college professor before he began a 40-year career in international development. He was a faculty member at the School for International Training in Vermont when he was offered the opportunity to implement development projects in India and the Philippines for CARE, a preeminent humanitarian organization. In 2005, he launched a project in Janta Colony, a densely populated slum outside of Chandigarh, the capital of the Indian state of Punjab. His organization, Developing Indigenous Resources, or DIR, is unique in that it conducts programs in which the slum’s 14,000 residents improve their own health, education, and economic conditions. “I saw much suffering, and I knew that I could do something,” Shaw says. Today, all households in Janta Colony receive visits from local “Health Promoters,” who are paid and trained by DIR. The Health Promoters are themselves slum residents, ensuring that “there is no question of the expertise leaving the community at a later date.” Since Shaw’s project started, childhood malnutrition rates have dropped steeply; immunization coverage is nearly 100 percent; and the rate of infant deaths dropped from 10 percent to less than 3 percent. DIR also started a preschool program and arranges interest-free loans.