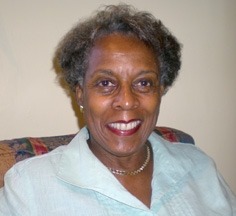 While spending a summer in Cote d’Ivoire, West Africa, in college, Vivian Derryck witnessed firsthand how girls like the daughters of her neighbor Fatamatou worked in the fields while boys attended school.

The experience inspired her long career in international development – during which she worked closely with African government leaders, nonprofits and the U.S. Agency for International Development – to try to implement strong education and health systems through citizen participation and good governance.

Derryck realized the limitations of this approach in 2008 on a return visit 43 years later to Cote d’Ivoire through her work for the nonprofit Academy for Educational Development. There had been progress, but the major changes she had hoped to see were still not in place. She realized that government interventions could be only a part of the answer.

“I had spent 35 years trying to influence governments,” she says, “but I realized that major change would only come when citizens were able to meet and discuss common values and goals and reach decisions appropriate for their own countries.”

With a sense of urgency both professional and personal, Derryck left the Academy for Educational Development in 2009 to become an inaugural fellow in the Advanced Leadership Initiative at Harvard, where she developed the idea for The Bridges Institute. Later that year she launched the organization.

Still in its infancy and funded by Derryck and her board, The Bridges Institute aims to strengthen democracy and foster economic growth across the continent by increasing ties between Africa and its global partners through trade and social development actions.